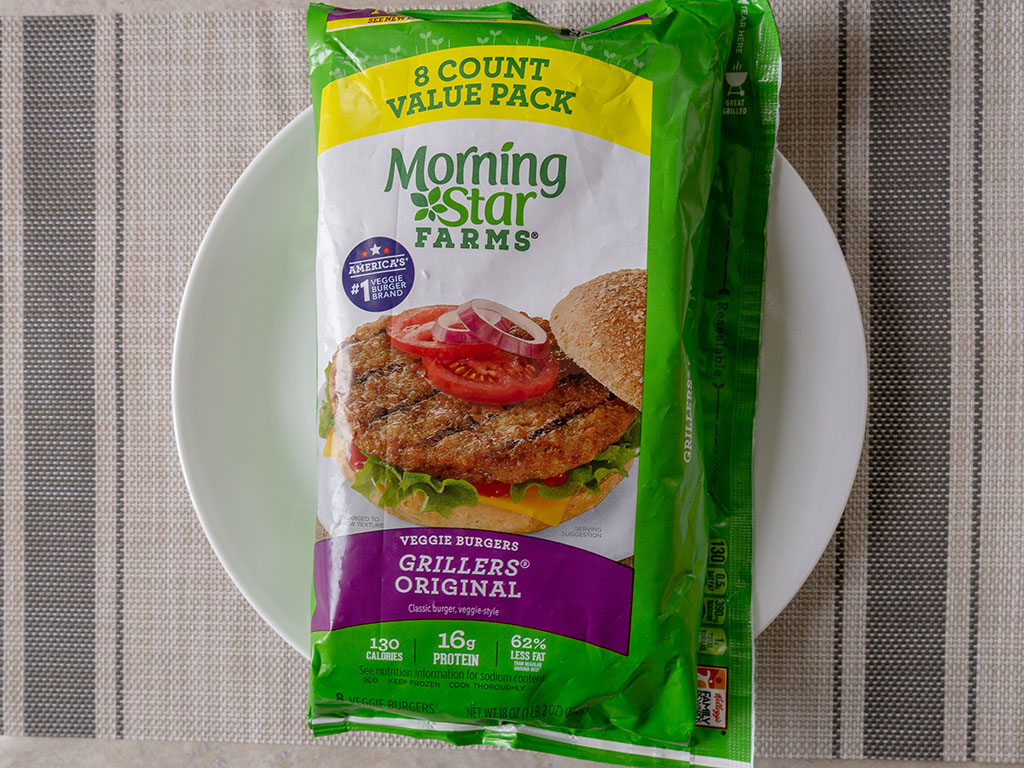 In their current reformulated state, it’s fair to say these are no longer as good as they once were prior to mid 2018. That’s not to say these are bad, but they’re no longer one of our favorite meat free patties. The updated recipe moves these burgers from great to merely decent.

This is a follow up review for the popular MorningStar Farms Grillers Original burger that we first reviewed here. Why the second go around? Well, sometime during 2018, MorningStar took the step to reformulate the recipe for these industry leading veggie burgers, and the fallout has been considerable. So much so, we thought it was worth a second look at the product in its revised state.

To be clear we’re calling the new recipe the 2019 version; while the change happened sometime during 2018, the update seemed to hit shelves around the country at different speeds. So for clarity, the old recipe will be referred to the 2018 version.

O.k. so moving on, what’s all the fuss about? The biggest change to these burgers seems to be a switch from a TVP (Textured Vegetable Protein) base to a wheat gluten base. Click here to skip my ramblings and go right to the comparison of the product ingredients and nutrition.

Cooking these burgers remains largely unchanged, but a word of caution to those cooking at high heat. In terms of texture of the burgers are now definitely more crumbly. They fall apart that much more easily, and I’m not sure I’d advocate grilling these any more. On the other hand, you could probably break these down into smaller pieces to use as faux-hamburger meat much more easily now.

When cooking in the microwave and tasting directly, it’s immediately apparent why there’s been a lot of complaints over the change in recipe. The new formulation of these patties isn’t bad per se, but it’s simply not as good as what came before. Wheat gluten has a robust flavor profile, more bitter and duller. It’s a strong flavor and one challenging to control.

Next up I cooked the burger up in a pan with a little oil. Even cooking slightly under the recommended time on the packet, the burger still charred up quite a bit – indeed this became the overall dominant flavor of the patty – I couldn’t detect a trace of wheat gluten. Loaded up with lettuce, onion and sauce, the burger faded into the distant background providing textural crunch and smokiness from the pan.

In fairness, MorningStar have done a decent job for a wheat gluten based burger. They’re far from unpalatable, but in direct comparison to their predecessor, TVP just has a cleaner taste. The new wheat gluten ingredient asserts much more apparently among the seasonings.

As an aside these burgers remain non-vegan as they still retain egg whites as an ingredient. With today’s massive shift in trend to vegan products in the meat-free space, it seems obtuse to have not addressed this all at once in the recipe update.

Update April 5th 2019: A reader of the site reached out to share the official MorningStar farms line on the update. Here’s the formal response they received from the company:

“I’m sorry you think we missed the mark with our clean label initiative (removing artificial colors and flavors and using Non-GMO soy). Our goal was to continue to make a delicious, savory burger while keeping the taste and texture as close to the original as possible. At this time, we have no plans to go back to the original recipe but want you to know that we appreciate your honest feedback. In case you didn’t notice, the heat times are faster with this new version. Be careful not to overcook them as this may affect the texture and taste as well. “

Eight burgers come in the resealable plastic sack. They are the same shape and size of the 2018 version, albeit their coloration is a little more orange hued I’d say.

Here’s a cooked patty fresh out of the microwave.

Here’s all the information for the new recipe of the Grillers Original. Scroll down and you can see a side by side comparison with the old recipe.

What’s the difference between the new and old MorningStar Farms Grillers Original?

Here’s a side by side comparison of the nutrition and ingredients of the Grillers Original product; on the right hand side the older recipe can be seen, and on the left, the current reformulated recipe on most shelves as of 2019.

As you can see from the ingredient list, there’s been more than a little tweaking to the recipe than sys the move from TVP to wheat gluten. The newer burger patty has slightly more protein, materially more sodium and quite a few more carbs in relative terms.

The uncooked weight and overall calorie count remain the same.

How much are MorningStar Farms Grillers Original in 2019?

As of February 2018, I paid $6.48 for this four pack at Walmart. The smaller four pack was listed at $3.64. This exactly matches the older pricing best I can tell.