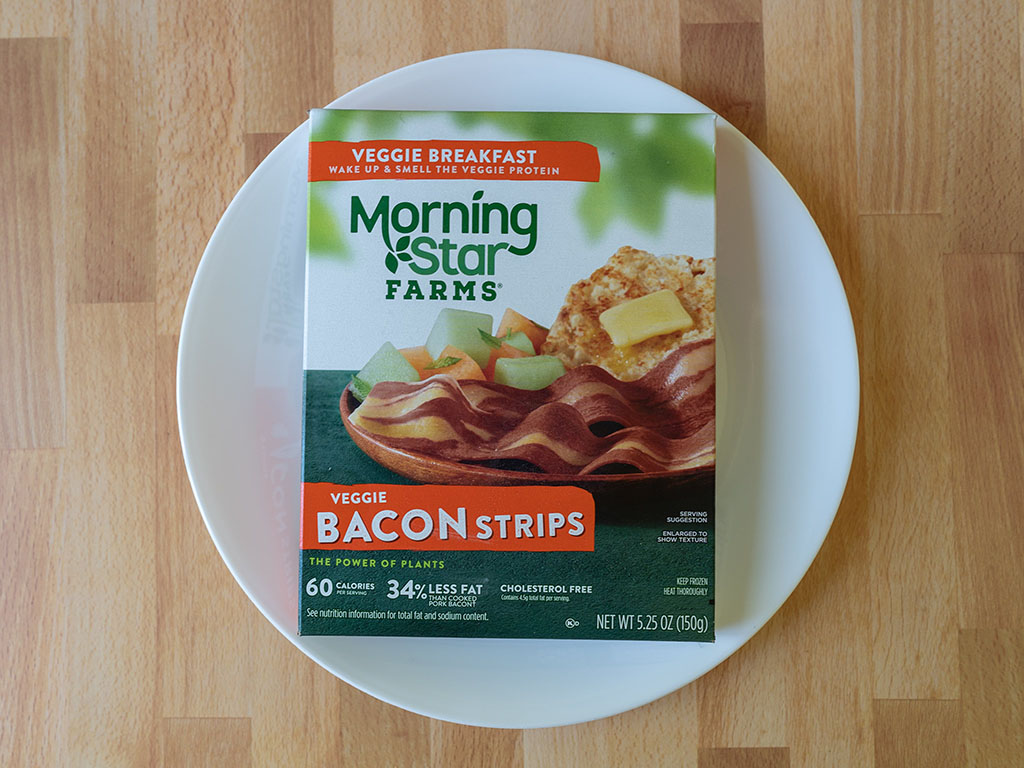 This faux-bacon from MorningStar Farms is one of the products in their lineup that’s yet to make the leap to vegan friendly; as such, vegans should note there’s still egg used here. Veggie yes, vegan no.

We’ve been buying this bacon for as long as I can really recall. Inside the cardboard box you’ll find the following frozen wedge of ‘marbled’ bacon:

Honestly, I can’t say it resembles bacon in the tasting anymore than it doesnt in the looks department. It’s definitely a yesteryear product in comparison to newer and trendier plant based food options.

While the vegan bacon from Upton’s is probably my favorite overall, it’s also a niche product and harder to get hold off. That’s why we always return to the MorningStar, despite it being very much an artificial looking and tasting product.

I prefer to cook it up in the microwave, just be careful, it can turn to stone really quickly in powerful appliances. The finished product takes on a fun brittle texture that definitely adds bacon like crunch to burgers. It also adds (again albeit artificially) an enjoyable smoky flavor too. It’s not perfect, but as part of a judiciously assembled burger it does the trick!

Case in point, check out this Triple No Threat burger that also uses NUGGS chicken and Impossible burger, all plant based!