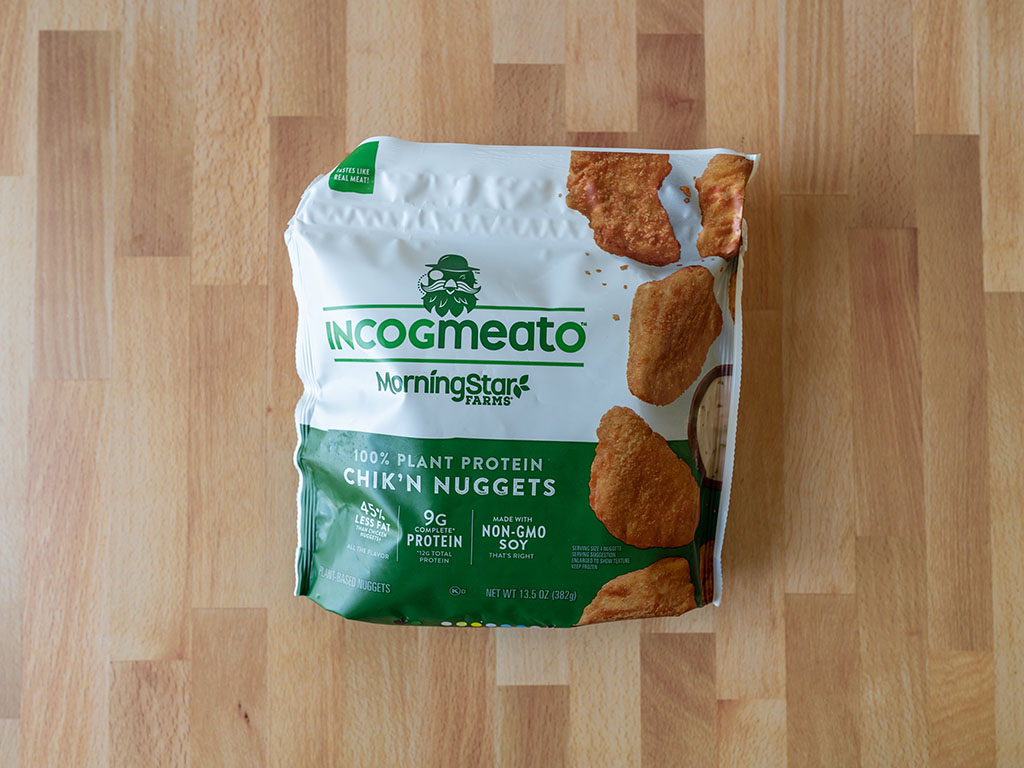 I didn’t go into this one with much excitement nor huge expectations. I recently sampled the Incogmeato Burger and in totally honesty I wasn’t particularly blown away. The burger was decent enough, an obvious entrant to go up against names like Beyond and Impossible; but it didn’t come close to either.

I didn’t expect these plant base nuggets to fare much better, after all MorningStar Farms already have a decent Chik’N nugget right?

They do, but these are even better. In fact, much better! Indeed, contrary to my previous encounter with the Incogmeato lineup, these were night and day better. I might even go as far to say, maybe the best plant based nugget out there right now?

Lets start with the exterior – a fun crisp shell that shatters wonderfully (hint: if you air fry like I did). It’s on the thinner side which is fine by me, I hate when a batter overwhelms. Speaking of which, I much prefer the batter on this nugget, in comparison to the breading on the usual MorningStar Nuggets – which look really real fake. This looks legit.

Where many meat free nuggets fall down is the interior. They tend to be rubbery or mushy. Not here. The texture is spot on. There’s a fairly neutral but savory taste, much like a real nugget. Lets be honest, nuggets are for dipping and dunking and saucing. These nuggets are a perfect foil for whatever you throw at them; there’s not a hint of the powerful wheat gluten flavor, which is listed as the main ingredient.

Are Incogmeato Chik’N Nuggets any good?

Yes! These are really great plant based nuggets. I’d go so far as to say they stack up against chicken based nuggets if you’re armed with the right dips and sauces!