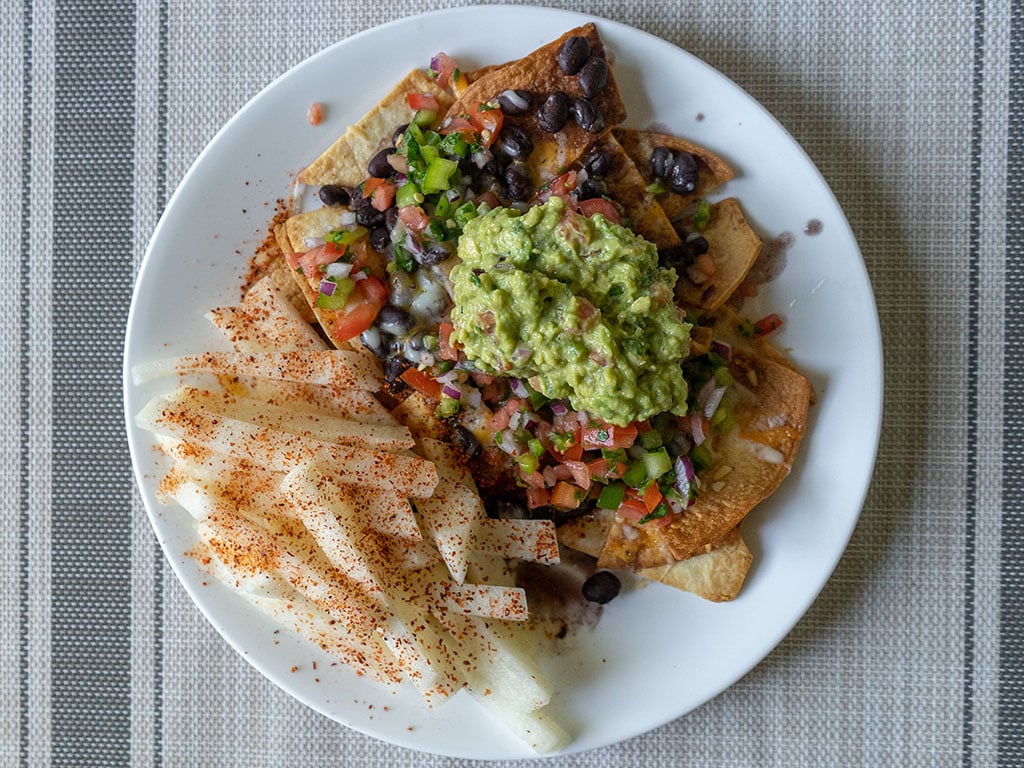 It sounds complicated but its crazy quick and easy. It’s also a damn sight healthier than those fast food nachos you might be eyeing up to save time – and yes – it’s probably tasty too.

We made these nachos from air fried Mission Foods (low carb) tortilla. From there, they’re loaded up with SW Black beans that have had 5 minutes heating in the pan with garlic powder, smoked paprika and oregano.

The finishing touch is some melted shredded cheese (60 seconds in microwave) before topping with some home made pico de gallo and guacamole.

On the side, jicama, one of our favorite veggies. Don’t be scared by this brown leathery weird thing in the grocery store. Just take it home, roughly chop off the leathery exterior and then chop into French fry like strips. Toss a whole sliced jicama with juice from one lime and chill for an hour.

When you’re ready to eat sprinkle with Tajin seasoning (another of our secret weapons). This fun seasoning is available in all grocery stores and adds a spicy/salty/citrusy blast – once you start using it you really won’t stop.