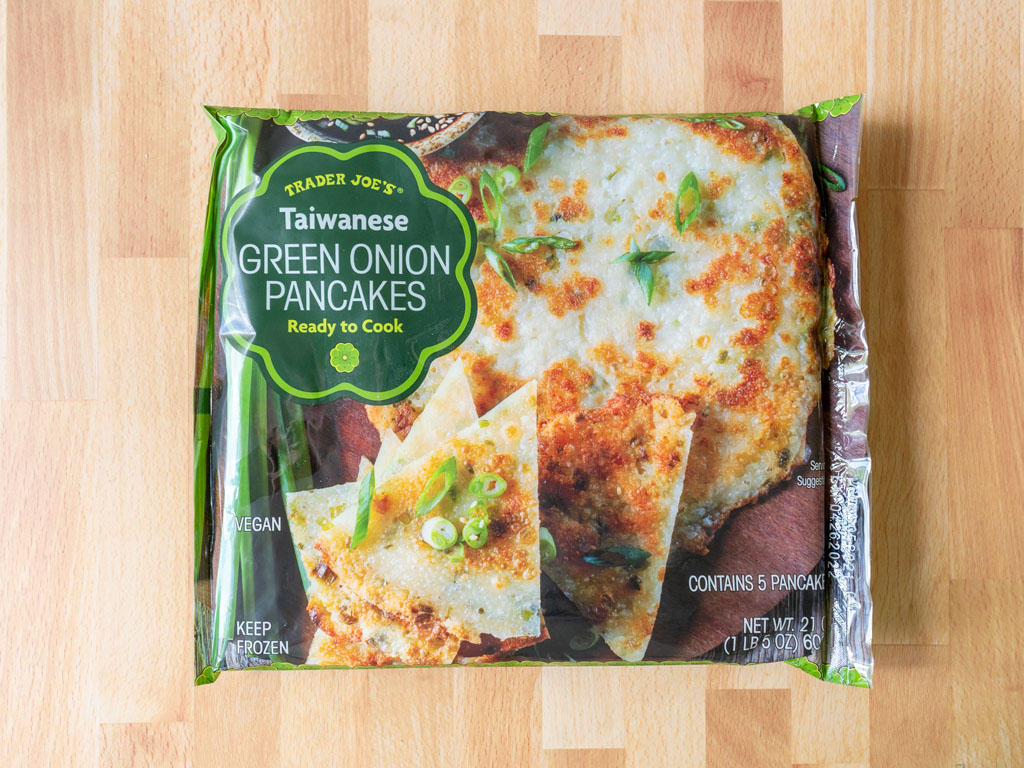 I had zero idea what to expect from these pancakes, but like most people who shop at Trader Joe’s, we love to experiment when we see something new. Five frozen pancakes come in the plastic pack, that itself is non resealable. Non stick freezer paper is interleaved between the dough, so as to not stick together.

Cooking: The only recommended method is to pan fry with a teaspoon of oil. The picture below is the air fried result – because me being me – if there’s the slightest chance I can air fry it, I will. The result was perfect.

Taste and texture: The primary ingredients here are flour, water, fat and onions. And, that’s what the pancake tastes like. I mean that in the most flattering way mind you, these tasted wonderful. Rich, flaky, moreish. The only negative is that the onion component is minimal and doesn’t lend much flavor overall. In a weird way, the crumbly flaky pastry is very reminiscent of a British pasty (if you’re familiar).

Overall: I really like these. I haven’t yet decided how I will use the remainder of the pancakes – though just as a snack would be more than fine. I’m trying to imagine re-purposing the bread as a would be tortilla, naan or pita – to craft some fusion burrito or wrap.

Absolutely! These are rich and flaky discs of happiness. They’re a little cumbersome to cook, but they make for a great snack, base, wrap or dipping tool.