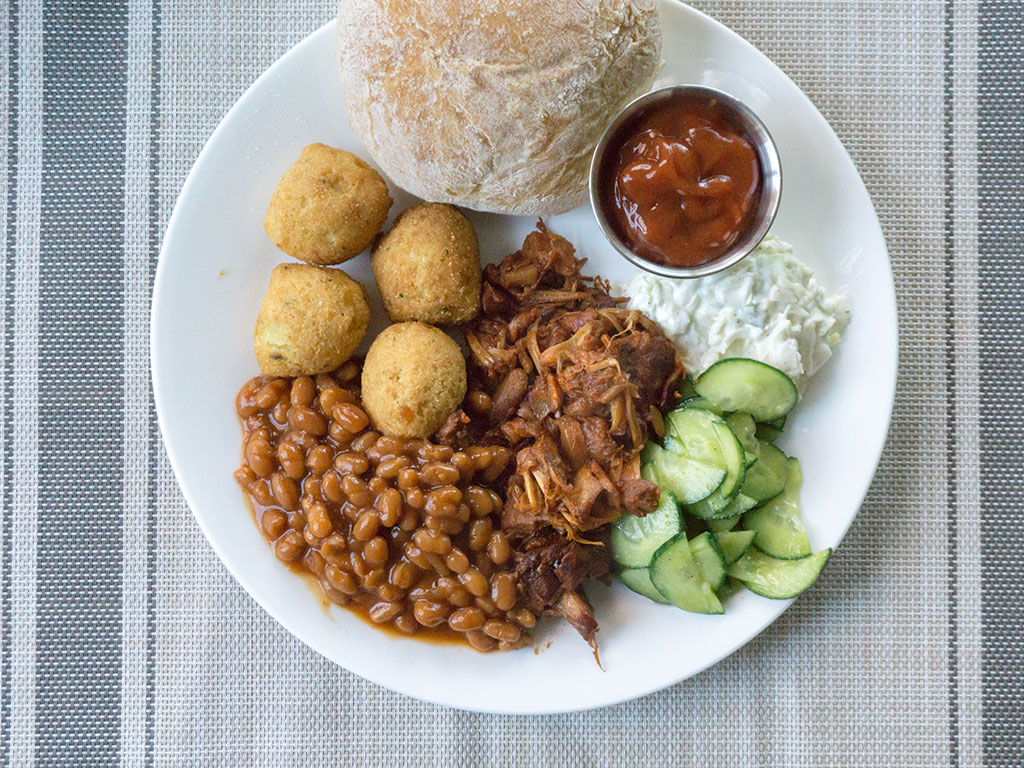 Meat free BBQ might sound crazy, but it can be damned tasty with minimal effort. An of course who has time to smoke pulled pork from scratch every day right. What brings this together for us are the Walmart hushpuppies – dense little nuggets of deliciousness that add a richness to the overall plate.

Slaw: take some shredded cabbage, mix with Duke’s mayo (the best!), season with salt and pepper, refrigerate. Best left to chill for an hour

BBQ sauce: tons of recipes online for this. At its core I find myself mixing ketchup. mustard, soy, Worcestershire sauce, smoked paprika and garlic powder. From there, whatever else my mood takes me. The benefit of home made is that it’s far less sugary than store bought.

Bread roll: I had some home made rolls already laying around here. Store bought is obviously easier duh.

Come join our Facebook grocery group - and keep the discussion going! Talk about this, or any other food product with like minded home cooks and shoppers. Also share what you've been cooking up, and what you've found on yoru latest grocery shop. Join the conversation here.
If you want to put together the above recipe and find yoruself short of an ingredient of two - we recommend Instacart. We use the service all the time for last minute grovery needs. They can your groceries delivered in as fast as 1 hour. Signup here and get free delivery on your first order - we also get a small referral fee too!