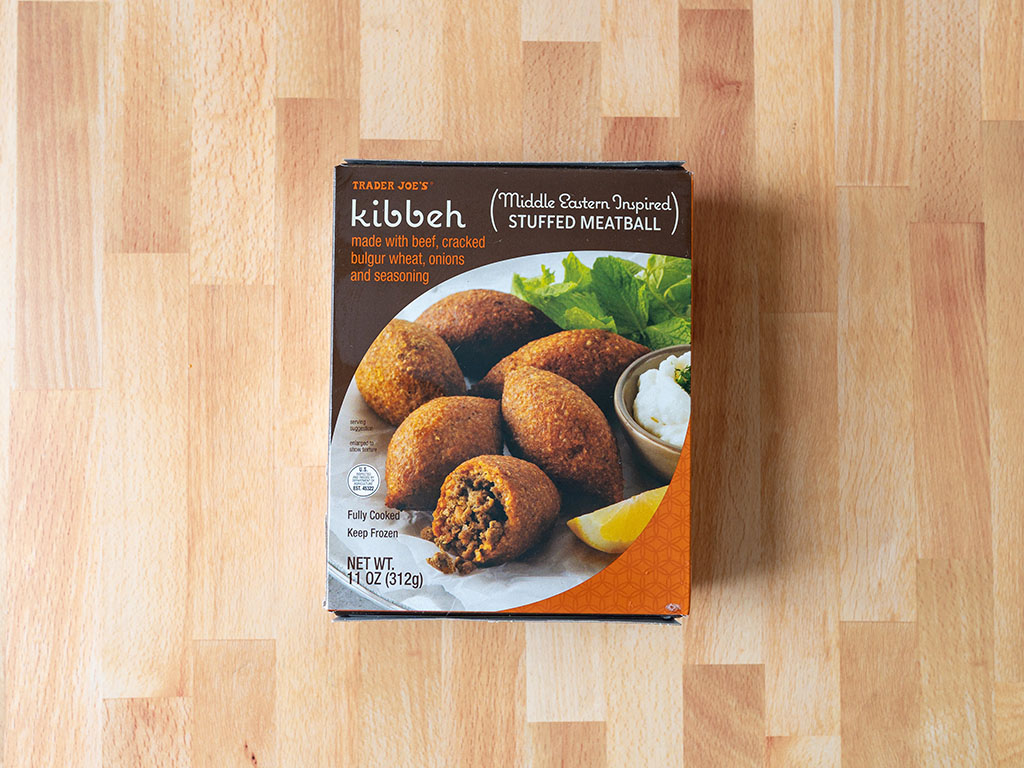 Kibbeh are a staple in Middle Eastern cuisine – essentially formed balls of meat, veggies and spice. You’ll find these in the freezer section of Trader Joe’s, amidst other International flavors.

Cooking: The Kibbeh are fairly dense frozen lumps, so take a moment to cook up. I tried them in the air fryer but they essentially took as long as in the oven – which is about 15-20 minutes. The packaging also suggests boiling them, which seemed odd to me, I didn’t try this.

Taste and texture: Quite enjoyable. The Kibbeh have a crisp shell and a surprisingly moist interior given the ingredient list. There’s a moderate beefy profile with lots of warm spices at work around the edges. The overall soft texture is punctuated by pockets of crunch from the cracked bulgur wheat. It’s a nice contrast.

Verdict: I’d happily order these again, though I’d want to have a precise dish in mind to serve them alongside. The flavor profile is very specific which means they aren’t a jack of all trades kinda frozen food.

Are Trader Joe's Kibbeh any good?

These are a decent rendition of the Middle Eastern classic. You’re local Middle Eastern restaurant undoubtedly does a better version of these, but they’re not at all bad in a pinch.