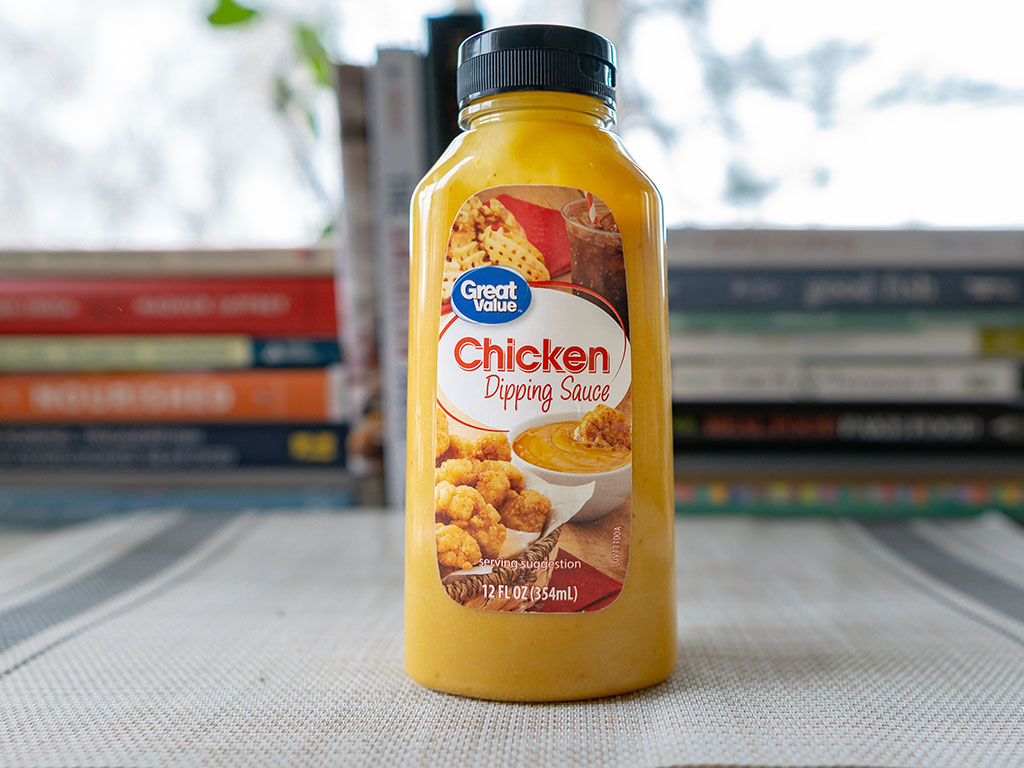 To glance at this product on the store shelf, you’d be forgiven for overlooking the rather understated bottle. Actually that’s being overly kind, badged as it is with the fairy utilitarian Great Value branding it looks down right basic. Presentationally its a very low key affair, even the name “chicken dipping sauce” is functional in the extreme.

You’d be wise to look beyond the simple exterior though. The sauce is Walmart’s answer to the much craved dipping sauce from Chick-Fil-A; loved so much, by so many, you’ll even find sellers hocking packets of the stuff over on Ebay. That’s some devotion, people don’t Ebay ketchup packets…

I don’t think I’m best placed to say definitively how precisely this matches the famous chains own brand – but experts say it’s aficionados reckon its damned close, and that’s good enough for me.

Taste wise, the sauce offers a sweet and smoky blend. Imagine a honey sweetened mustard sauce, infused with just a little BBQ sauce to lend smoky undertones. There’s also some creaminess here too, so imagine instead a blend of mayo, honey mustard and a dash of BBQ sauce.

I grabbed the bottle completely on a whim and I’m glad I did. For sure I’ll be using this on chicken, but I can imagine a ranch of other uses from livening up a range of sandwiches through to helping put some pop in salads.

Here’s the sauce alongside some chicken tenders:

How much is Great Value Chicken Dipping Sauce?