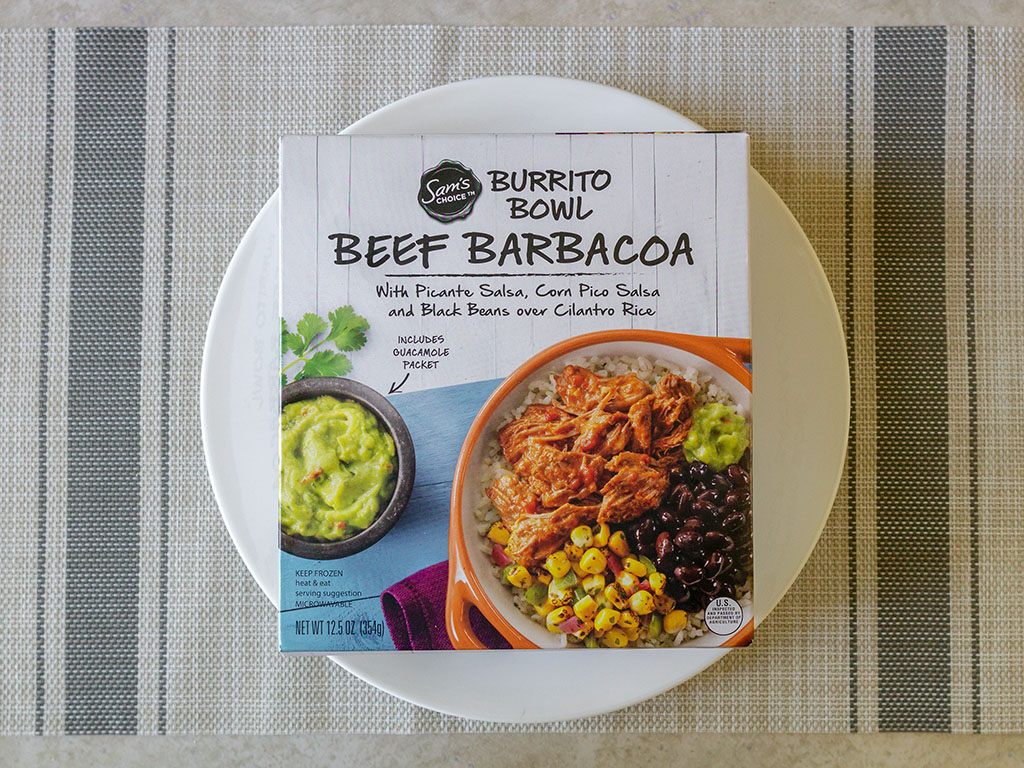 Yes! This is one of the better tasting frozen meals on the market with the added benefit of not being terribly unhealthy either. Indeed, the burrito bowl packs in a good portion of fibre alongside the tender and delicious barbacoa beef.

The first thing that drew my attention to this product was the eye catching packaging, not the run of the mill big brand design at all. The big bold box really stands out with lots of vivid color; the imagery and font also suggest a fairly healthy and nutritious ready meal as well.

Don’t expect the beautiful plating from the box mind you, once cooked the ingredients of the dish become something of a ubiquitous mass – you won’t have a neat little pile or rice, corn, beef and beans. Indeed the instructions (see below) ask you to mix everything together at the end anyway.

That’s all an aside of course, how does this thing actually taste? I was really impressed with this microwave meal in terms of flavor. The barbacoa beef was satisfyingly tender and juicy and had a gentle heat. Spice lovers might want to add their own hot sauce mind you.

As mentioned above the mix of rice and vegetables became intertwined for the most part, but were also enjoyable. There was a defined fresh lime flavor lurking amongst the melange, and aside from the sodium levels (see below) the dish proved relatively healthy and satiating too.

I was also surprised to find the guacamole wasn’t half bad. I’m a huge guac fan and usually prefer to make my own fresh. Despite the rather pureed nature of this prepared guacamole, the taste was more than acceptable for a frozen stand in.

Inside the cardboard packaging is a smaller cardboard bowl wrapped in plastic, containing the barbacoa dish. There is also a smaller rectangular plastic bag containing frozen guacamole.

Here are a few shots of the burrito bowl; right from the microwave after cooking, plated and cooked and a close up of the barbacoa beef itself:

The only way you’ll be cooking this dish is with 4-6 minutes and a microwave. You can’t cook it any other way. To prepare the guacamole side you’re instructed to submger the closed packet in cold water to simply defrost. There’s no timeline given and I found it took a little longer than the burrito bowl took to heat up. It took the guacamole about 8 minutes to defrost, I’d say go ahead and start it defrosting just a couple minutes before you cook the burrito bowl.

I paid $3.97 for the burrito bowl from my local Walmart. I think that’s a decent price, especially if compared to what an equivalent fast food meal would cost. I wouldn’t personally go any higher than $5 on this one.