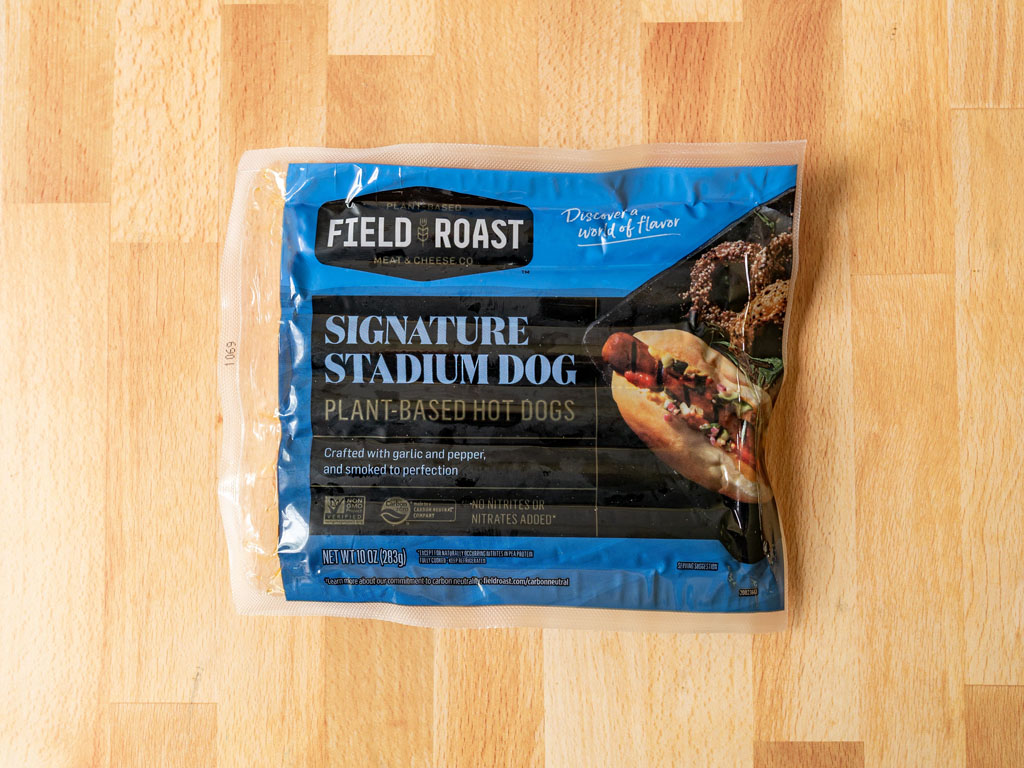 The news that these veggie dogs from Field Roast had become an official Plant-Based dish for the LA Dodgers certainly caught my eye; I love to see the new wave of meat free dishes being given a bigger platform. I’ve been an on and off fan of Field Roast fro years now, particular so their burger and mini corn dogs.

Cooking: These are mainly a heat and serve dish. You can pan fry, grill, whatever. You probably don’t want to microwave. You want to impart some sear and some crisp.

Taste and texture: The dog out of the packet and during cooking is promising and the exterior develops a nice crisp finish. One bite though and the illusion falls away. The texture here is all wrong, it’s too firm, there’s an unusual resistance in the bite. It’s in that uncanny valley of being reminiscent of a true hot dog, but noticeably different to be off putting. Versions from MorningStar, Lightlife and especially Worthington are all better in my book.

Verdict: A hard pass for me. I tossed the bag after the single sausage. The texture is so off putting as to ruin the whole dish. The flavor is so so, but ultimately there are numerous better vegan hot dogs out there. I couldn’t bring myself to try more than one

A strange texture means this dogs misses the mark in my book. There are better meat free hot dog alternatives out there – choose those.