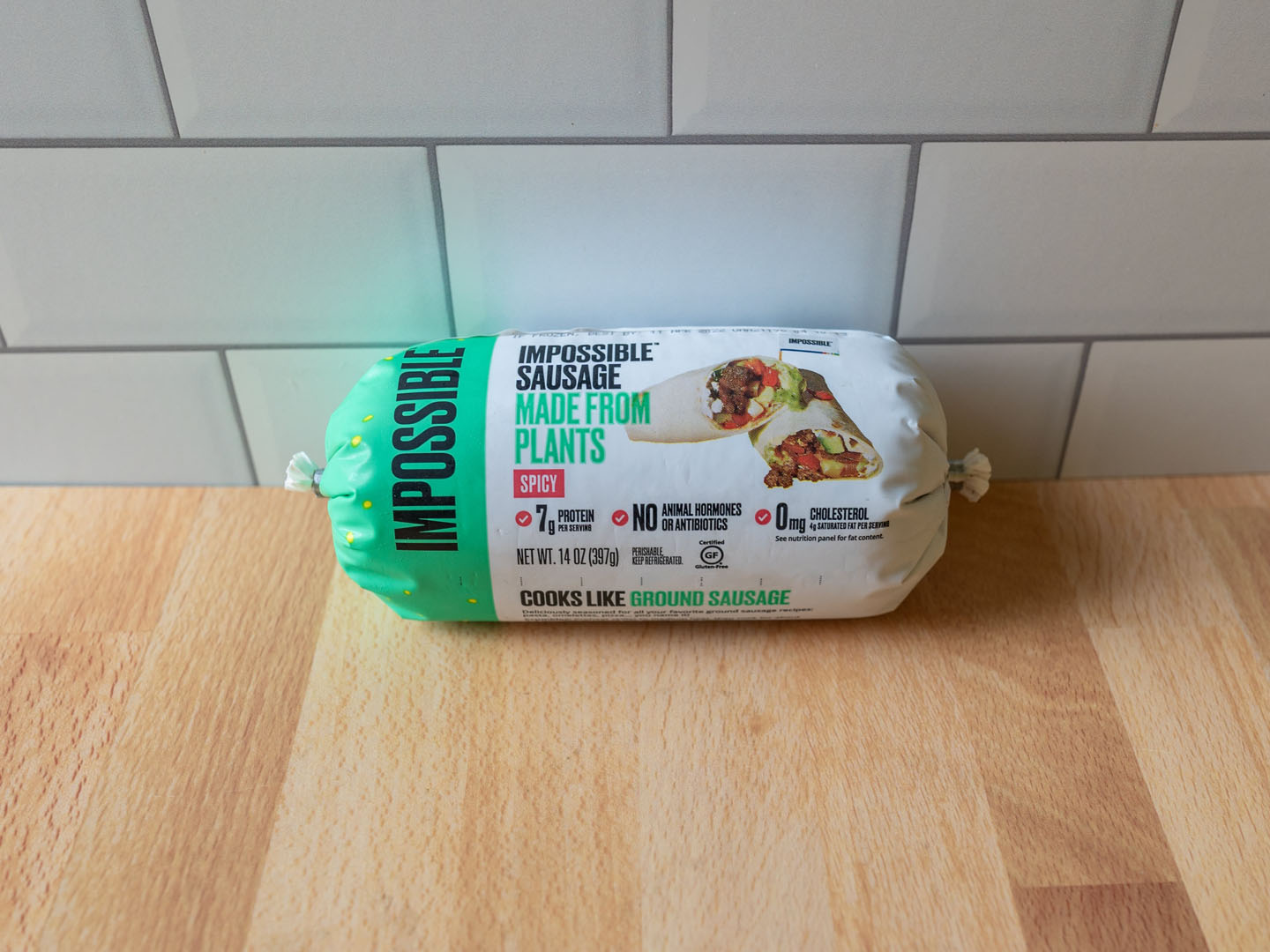 We already reviewed the regular Impossible sausage here – for the most part that review stands. The Spicy version of Impossible’s plant-based ground meat cooks exactly the same, has the same final texture, and handles the same.

What is different is the addition of a little spicy kick. I think this makes a huge difference and makes the Spicy version the best version of the two; to be clear its a relatively mild level of heat, but it does help to round the flavor profile out.

Lastly, I think the product is also less visually problematic. Check out the pictures below of the Impossible Spicy sausage then go compare to the original in the review above. The Original is grey and off-putting, the Spicy versions redder hue looks more pork like.

Is Impossible Spicy Sausage any good?

Yes! Of the two new Impossible Sausage released in 2021 – this is the better. The added spice makes for a visually more appealing product when raw, not least a more rounded flavor when cooked.