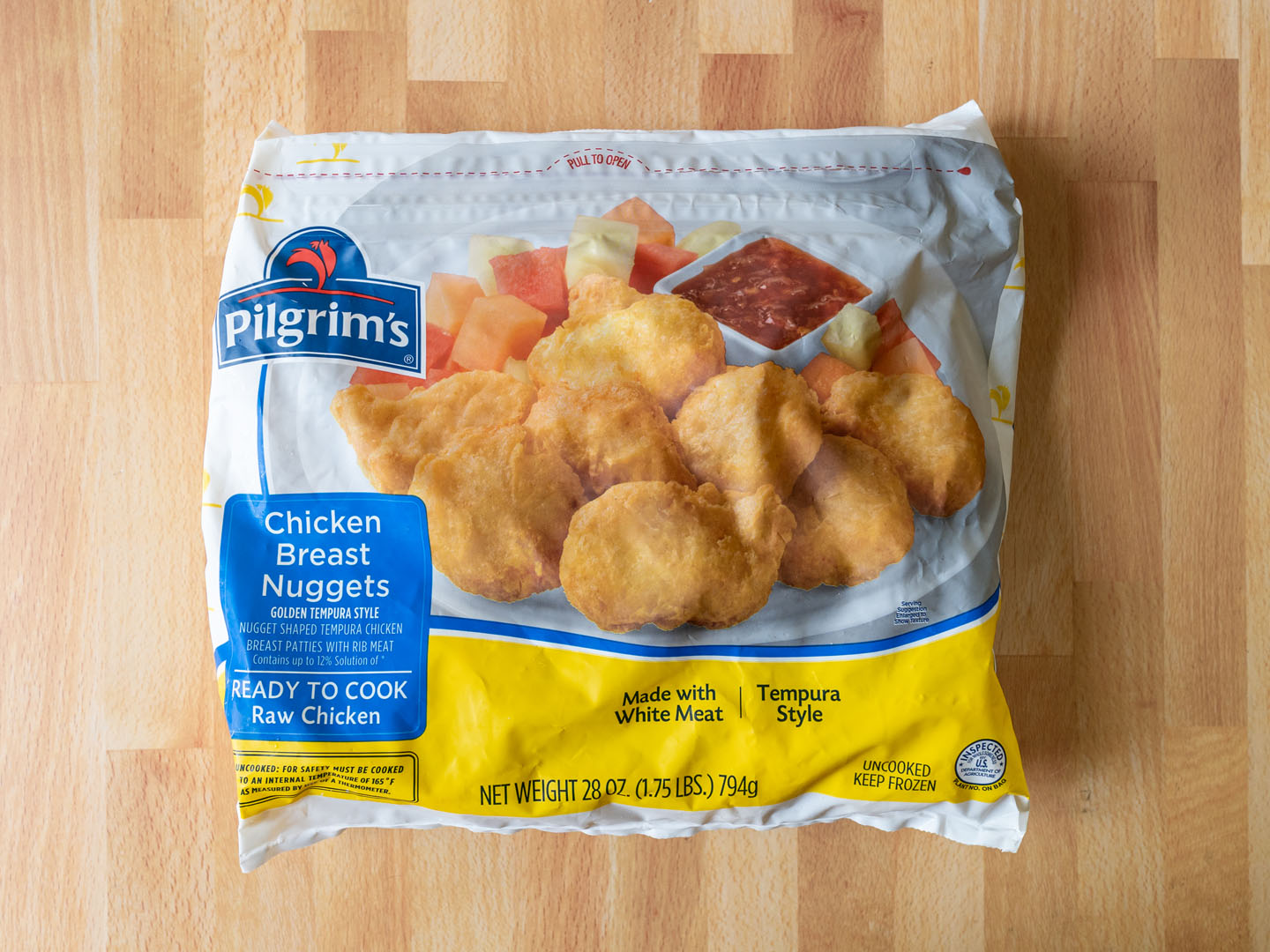 Next up in our ongoing search for the best and worst frozen chicken nugget in grocery stores – this self-styled tempura style nugget from Pilgrim’s. Unlike many nuggets that are precooked and ultimately heat and serve – the package here is careful to note these nuggets do have raw chicken and need thoroughly cooking.

Cooking: Deep fry or bake, but definitely not microwave. I also tried the ever trusty air fryer to cook these up which worked well.

Taste and texture: The tempura moniker is a bit of a stretch. Where the Japanese classic is known for its lightness and clean tasting flavor – these nuggets are heavy and greasy. That’s not a bad thing by any means, they’re great in that greasy junk food confirm way. But tempura? No. Not so much. There’s some minor mushiness between the batter and the chicken that also oozes a little while mush too, that’s a little unappealing but not a deal breaker. Taste wise these are quite enjoyable, very juice, with a little chicken flavor.

Overall: An interesting chicken nugget that’s certainly different to the run of the mill nuggets. They’re reminiscent of Tyson’s battered tenders, albeit in a different shape.

Don’t expect real Japanese tempura and you won’t be too disappointed. These nuggets feature a heavier and greasier batter that’s quite enjoyable.