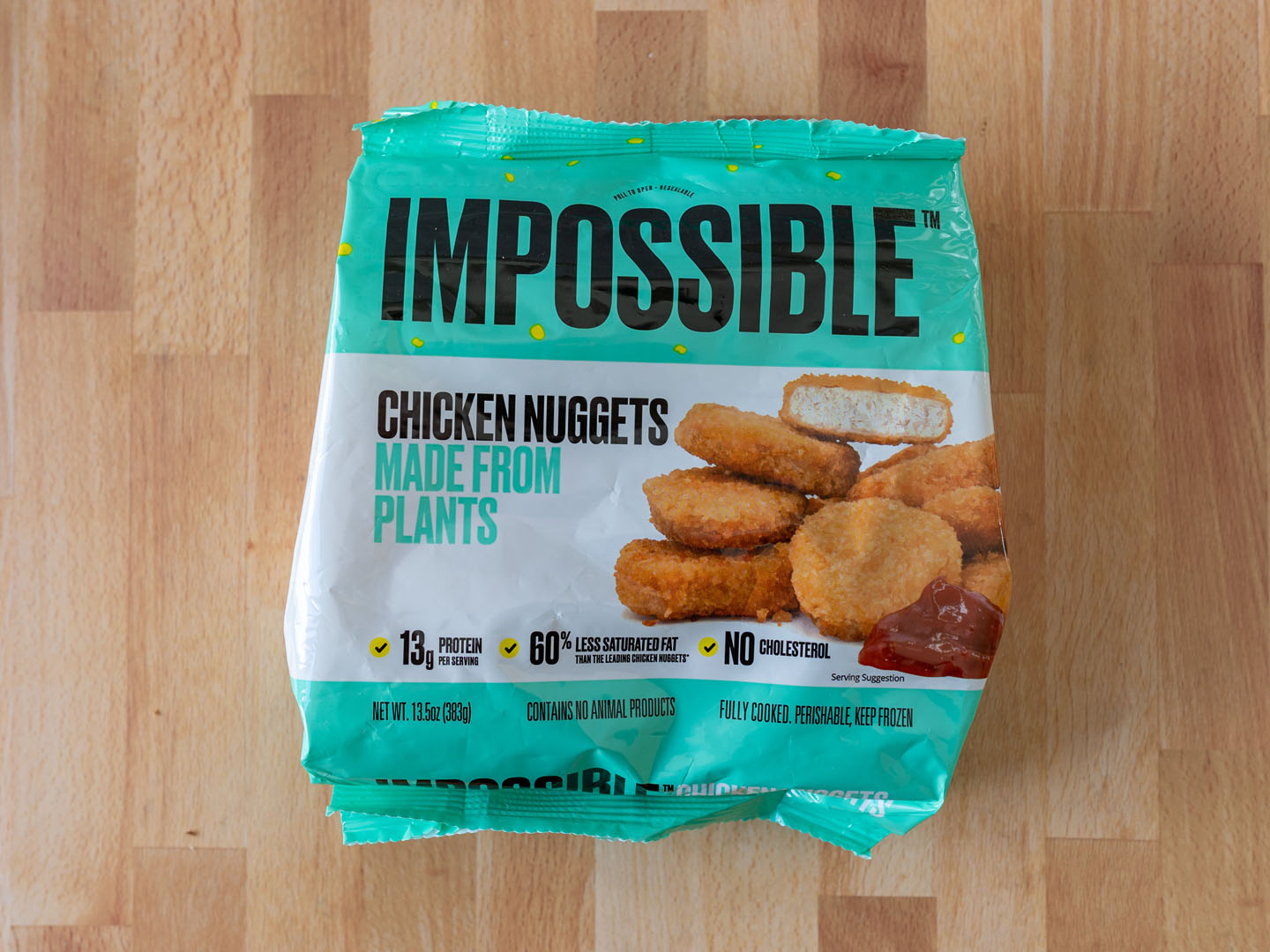 First hitting shelves in the Fall of 2021 – it’s taken me a little while to get my hands on these. For my money Impossible make the very best plant-based burger, bar none, it’s not even close. As a result, I’ve been eager to try their first attempt at the chicken nugget. Here, about twenty nuggets come to a bag in the freezer aisle.

Cooking: For once, this is a product that provides air frying instructions – and the details are pretty spot on too. You can also bake or microwave these, but naturally, the latter would more than likely yield mushy nuggets.

Taste and texture: Piping hot out of the air fryer – in a word – fantastic. The exterior casing is enjoyable crisp. That quickly contrasts with the juicy interior, which has a medium bite to it. It’s uncannily like a real chicken nugget – whatever that means of course – nuggets already being far removed from the animal kingdom as it is. The taste too is smartly neutral, again like a real nugget. It’s more of a canvas for dipping and dunking than anything else.

Overall: These plant-based nuggets from Impossible are hands down better than a high number of *real* chicken nuggets I’ve tasted. Again inasmuch out of the air fryer they’re fabulously crisp with a moreish and juicy interior. I genuinely believe served with the relevant dipping sauces, many would be completely convinced these were the real deal.

One final note, don’t mistake plant-based for necessarily a more healthier choice. Compared to my highest rated chicken nugget (these from the Great Value line) the Impossible nuggets are slightly worse in terms of fat and sodium.

Absolutely! For my money these are easily the best plant-based nugget on the market. A fun exterior casing and juicy interior. The flavors are relatively neutral which makes them great for dipping into your favorite sauce.

1 thought on “Impossible Chicken Nuggets – a must buy”