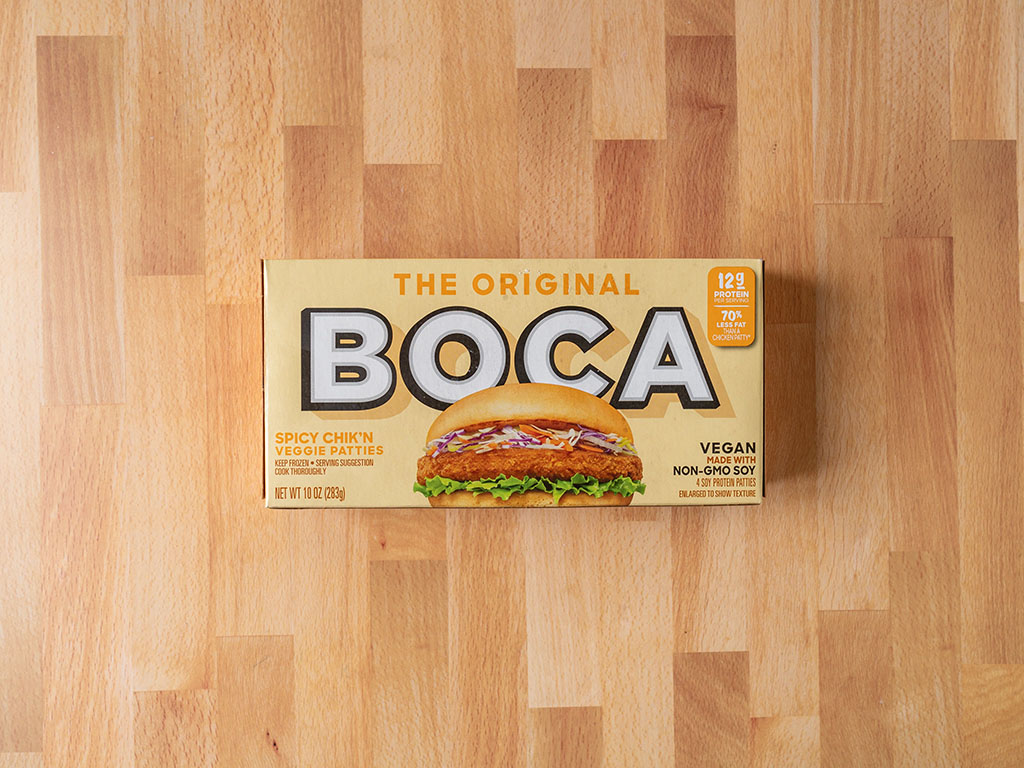 Boca are one of the original names in the meat free world; and you imagine a brand with a much bigger challenge on their hands now – given the recent year’s boom in plant-based options. Four frozen patties come inside the cardboard box here. They’re wrapped up two a plastic wrap inside that.

Cooking: The packaging recommends pan frying, baking or microwaving. The latter of which produces a completely soggy texture. The best results I found used the air fryer, and some pre-spraying of the patty with Pam non stick spray. That at least generated a decent-ish crisp.

Taste and texture: When will I learn my lesson when it comes to spicy-promises. I couldn’t detect an iota of heat here, not the teensiest tiniest jot. Bring your own hot sauce to proceedings, or maybe don’t actually; the patties are a bland and mushy affair. They might be saved with better toppings, but I didn’t really care to find out.

Verdict: Meh, I’ll pass. I begrudgingly finished off the frozen patties in the end, but only for those 90 second microwave lunches. You know the kind, the ones where food is more functional necessity than pleasurable respite. I’ll probably skip Boca’s lineup in favor of newer brands in this space. Alpha’s chicken burger is much better, heck even MorningStar Farms is.

Here are some snaps: