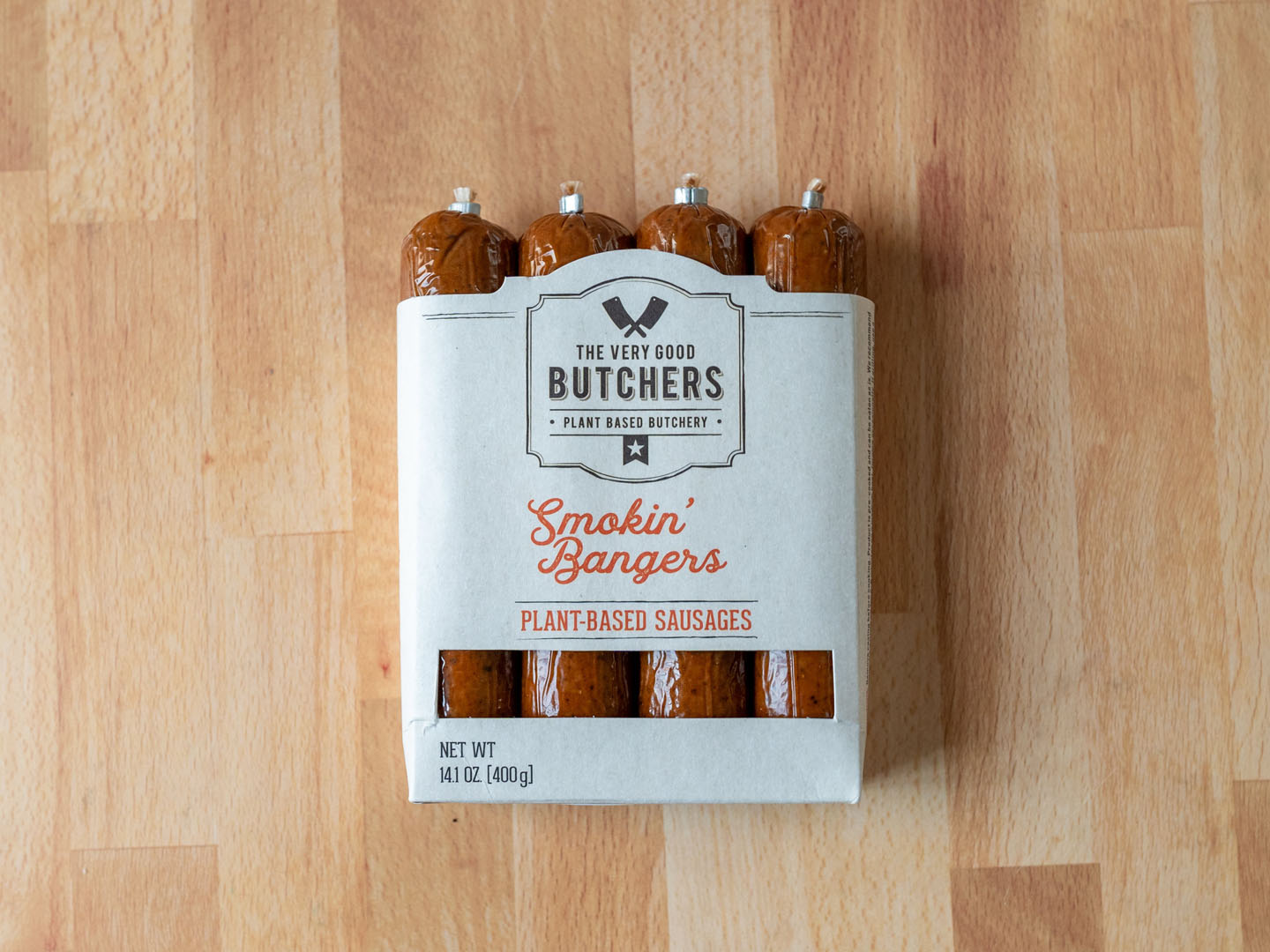 This is one of those products that almost sells itself from the packaging alone; sleek and trendy, emblazoned with a retro style logo. I snapped these up immediately after seeing them. Four plant-based sausages come in the pack, each is individually wrapped in plastic, then tied off at the end with a metal clasp. they’re a little sticky when unwrapped, not unlike a Field Roast sausage for example.

Cooking: The packaging (see below) reckons you can eat these out of the box as is – so you’re really just heating them to eat. As such, you can go wild, pan fry through BBQ’ing. The pan fried approach can be a bit spluttery and messy.

Taste and texture: Fairly mediocre, the exterior packaging is sadly the highlight. There’s no modern weird science afoot here – these are old-school wheat gluten powered links. As is usually the case with this ingredient, wheat gluten dominates the flavor, with some smokey backnotes following on. Texturally, it’s more of the same, fairly bland, a soft mushy interior.

Overall: It’s not that these meat free sausages are bad, they’re just rather uninspiring at the end of the day; certainly when contrasted against modern creations like the Beyond Sausage.

Are The Very Good Butchers Smoking Bangers any good?

Very much a middle of the road product. These are old school wheat gluten powered sausages, and that taste dominates throughout.