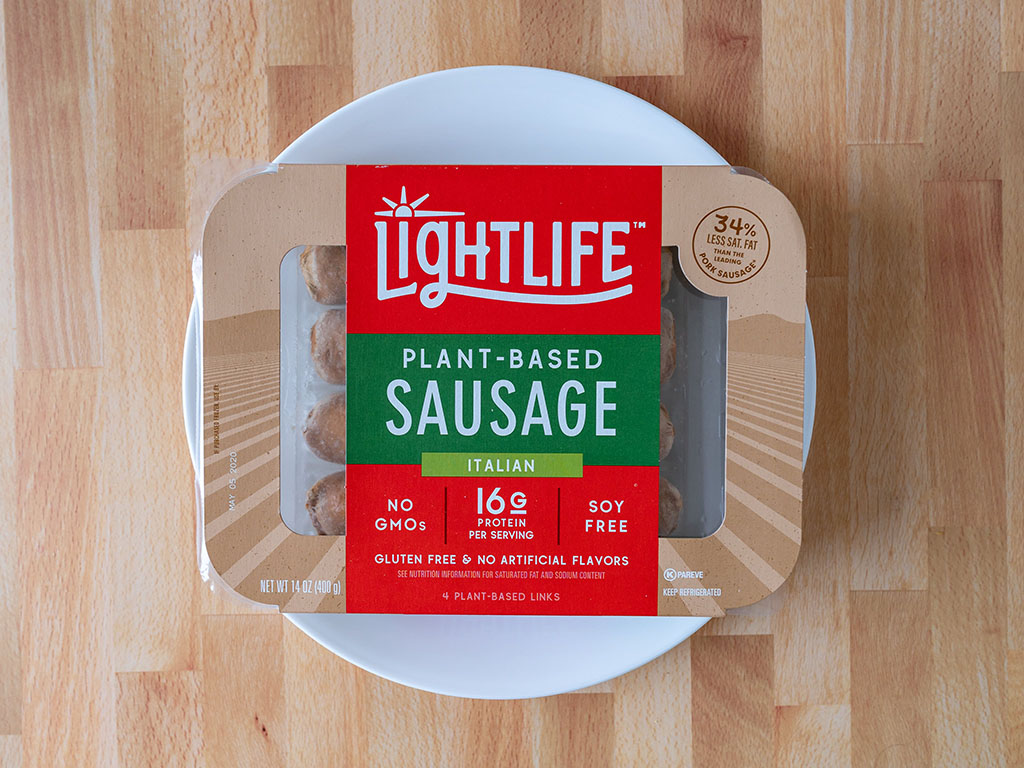 Lets get it out of the way up front, this product is clearly Lightlife’s answer to the exceptionally popular Beyond Sausage. In going up against the heavyweight, price is the first standout differentiator I noticed. My local Walmart stocks these for $5.94 compared to the $8.99-$10.99 I usually have to stump up at other local grocery stores for the Beyond. It’s a substantial difference.

With the cardboard packaging removed, the next big difference is size. The Lightlife sausages are materially larger than their Beyond counterparts

I’ve only ever found them in the store frozen, as seen above. That said, it takes barely two to three minutes in a microwave on defrost setting to thaw them out. From there, it’s the frying pan and somewhere between seven and twelve minutes of cooking time.

So how do Lightlife sausages compare to Beyond sausages? Well, they’ve obviously got some more work in the lab to perfect things; in taste and texture the Beyond sausage is still miles ahead. That’s not to say the Lightlife is poor by any means – just that the Beyond is so scarily-close to a real pork based sausage.

The Lightlife texture is ultimately much softer than the Beyond, almost mushy (something we noted with the Lightlife plant based ground too). The taste is much more muted, and for me, I think the Italian seasonings need amping up a little more too. While we’re at it some red chile flake spice would go a long way as well.

I’d buy these again, but perhaps not use them as the centerpiece of the dish (e.g. brats on a bun). I think they’d work far better with stronger flavors to support them, a hearty tomato sauce with pasta for example.

One other notable item is that the product is far less greasy/oily than the Beyond, which is curious as these have slightly more calories and fat…

Are Lightlife Plant Based Sausage any good?

These plant based sausages are good, not great. Compared to the market leading Beyond Sausage they lack in both taste and final texture. If you’re looking for an alternative to Beyond though, the Lightlife sausages are materially more affordable.