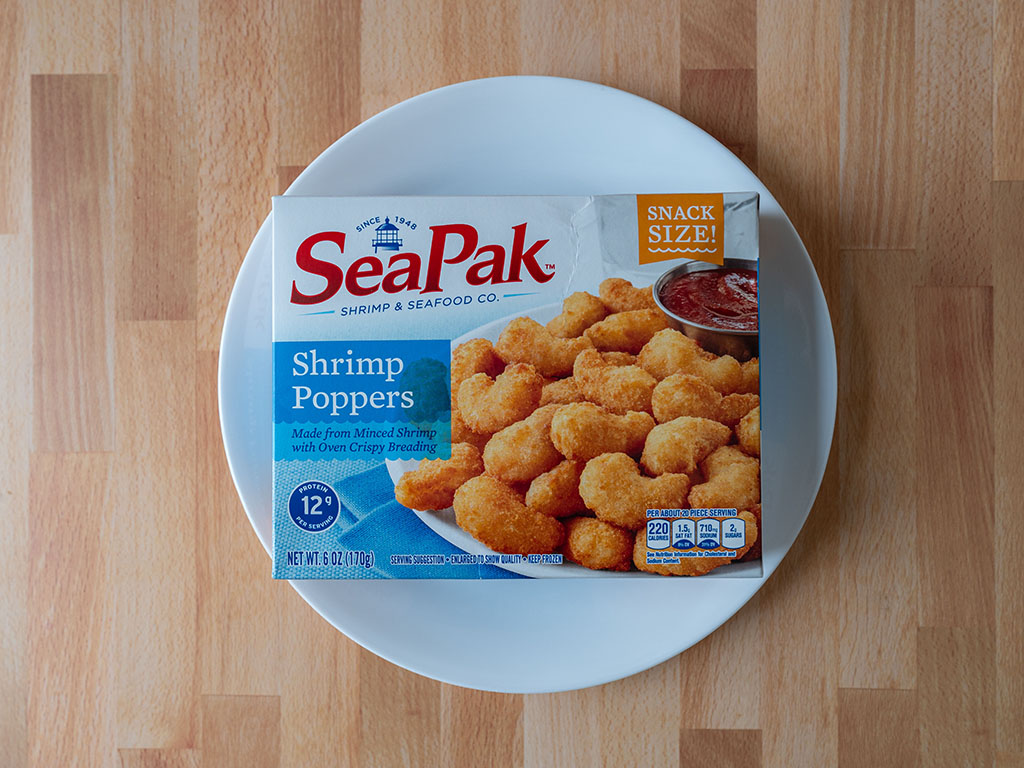 I’m usually a little leery when it comes to commercial shrimp products. Take a few minutes to look at some of the practices involved in modern fishing; everything from labor exploitation to over fishing and more is rampant in the industry. For their SeaPak promise a sustainably fished product, so for once, I was sold.

Inside the box you’ll find a single non resealable plastic bag. Once they’re open they’re open – I think with the ‘snack’ labeling, the idea is you (and maybe a friend) will devour the whole bag once open.

For the price (this product was $1.96) I wasn’t expecting the finest plump gulf shrimp, and of course the packaging states clearly that the small reformed bites comprise minced shrimp. The small morsels are to shrimp, what chicken is to chicken nuggets. Which is to say – they don’t massively resemble the protein they originate from.

I decided to cook these in the air fryer for maximum crispiness. Barely five minutes was all that was required for fun crunchy bites. The interior meat isn’t anything to write home about, a vague mish mash thats reminiscent of shrimp, lets call it ‘shrimp-lite’. At any rate, these bites are more about texture and the side dipping sauces.

These are tiny little salt bombs, so keep an eye on that!