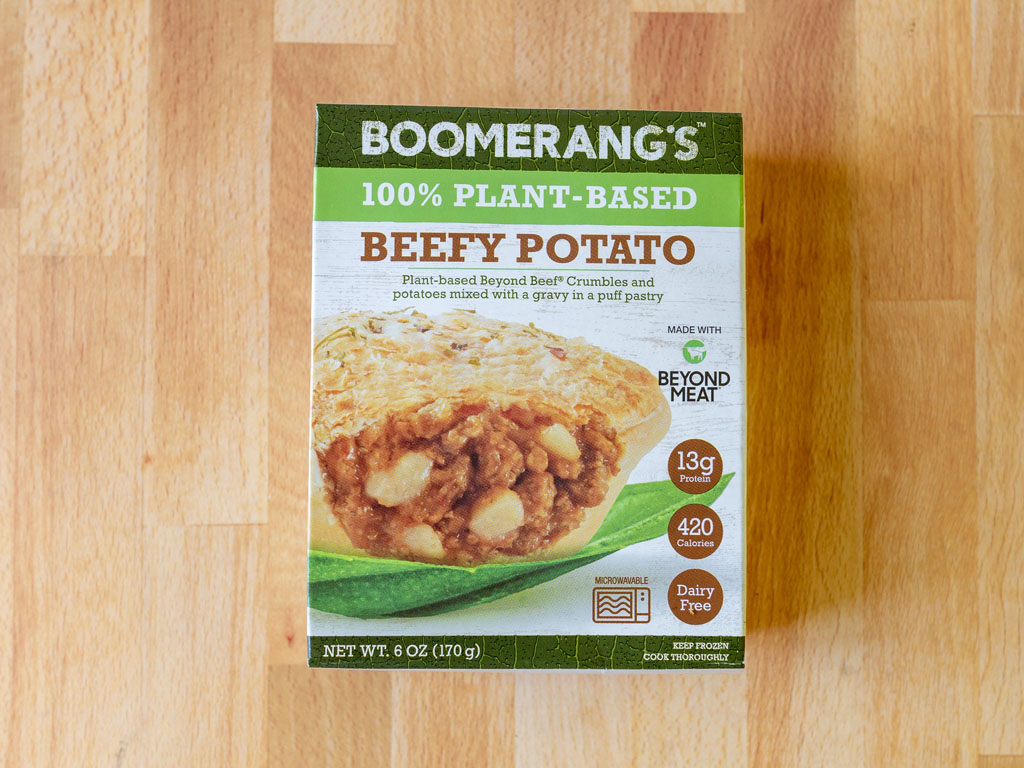 Boomerang’s are apparently an Aussie-inspired pot pie, that seem to have a boutique approach. Compared to the bigger names like Marie Callendars, the pies are smaller at a higher price. This particular pie is entirely plant based, with nary any dairy nor meat.

Cooking: Microwave or bake in a nutshell. I opted not to microwave, as frankly, who likes a microwaved pot pie?

Taste and texture: Initial appearances of the cooked pie are good. The crust browns up and flakes well enough. It doesn’t exactly crumble like a dairy powered pastry though and is on the drier side. A fake butter taste permeates, which I found less than appealing.

The interior is a mushy beige gloop, comprising mainly potato. The Beyond Meat was sparse (or hard to discern at any rate) and seemed to be the Beyond Beefy Crumble product – one of Beyond’s earlier products, and I think, weakest. It’s a hard, chewy plant-based meat crumble. The interior filling has a vague herb note to it, mainly oregano.

Overall: I’d skip this one. The pie is on the smaller side, the price is higher than the big names. The taste is mediocre and muddy. I can’t find much to recommend in this one. Those on an exclusive plant-based diet might want to concoct their own home made pie for far better results.

This is a pass for me. The pie is lackluster with a muddy beige filling. The pastry is a good effort considering there’s no dairy here, but the fake butter flavoring is a little off putting.