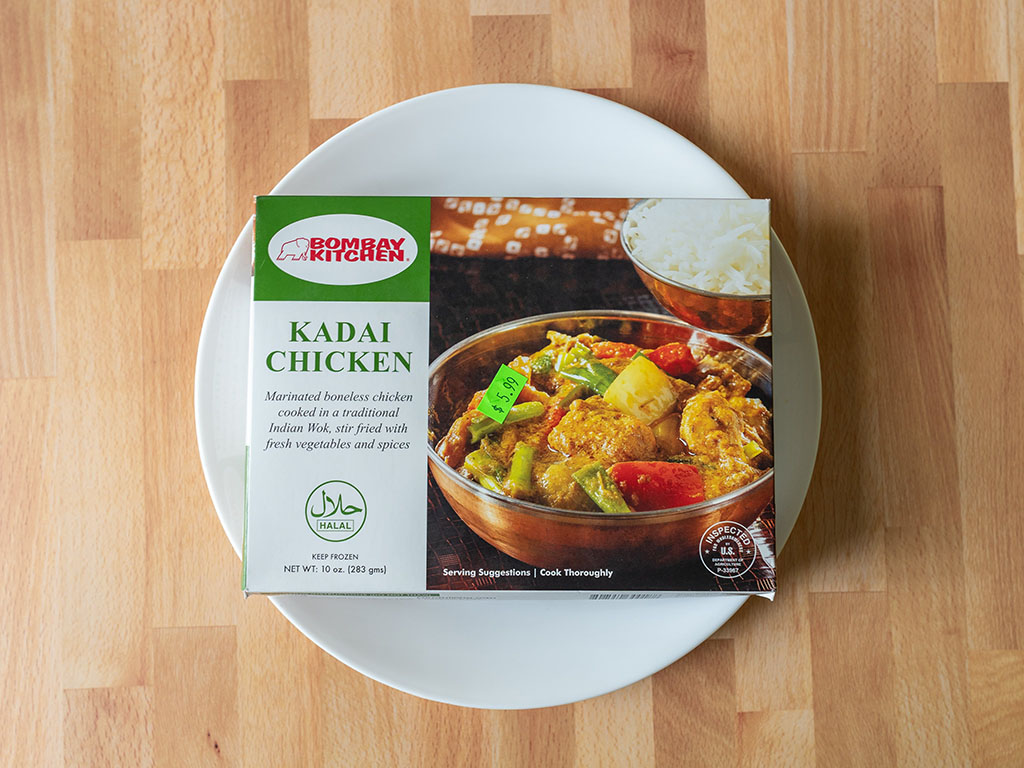 Bombay Kitchen is a name I am quickly coming to love more and more. Alongside Deep and Trader Joe’s they’re up there as some of the best frozen Indian food in the business – as best as my tastebuds can tell anyway.

This is another frozen curry I found at a small mom and pop Nepali grocery store near my house. I’ve not found them anywhere else, certainly not in big box or other large grocery stores.

Bombay Kitchen is actually a range of bricks and mortar restaurants out of NYC, that also seem to do a fine range in frozen goods. This particular curry (named after the traditional cooking vessel, the kadai or karahi) is one of my favorites on restaurant menus when I spy it.

It’s a bold mix of ginger and garlic with a smooth note of fenugreek. It’s a thinner gravy style sauce, not so much the thick, overly gloopy cream backed sauces that are often more popular.

The Bombay Kitchen version lives up to several I’ve had in sit down restaurants, which makes sense given their bricks and mortar locations. Obviously fresh cooked is better, but this is a fine dish when your in a time pinch at homes. Frozen to cooked in basically five minutes.

The dish comes as just the curry, so you’ll have to make your own rice or naan. That’s fine by me, I always prefer having a larger serving of frozen curry than them being split 50/50 with often mediocre rice.

The chicken is of decent quality, certainly it was well trimmed with no discernible fat or gristle. Plated with some Deep samosa and home made basmati – this was one of the better frozen meals I’ve tasted in quite some time.

Our verdict? Yes! This is a really enjoyable dish, a 4/5 from us easily. Do note the dish does not come with a side dish. You’ll need to prepare your own rice or naan separately.