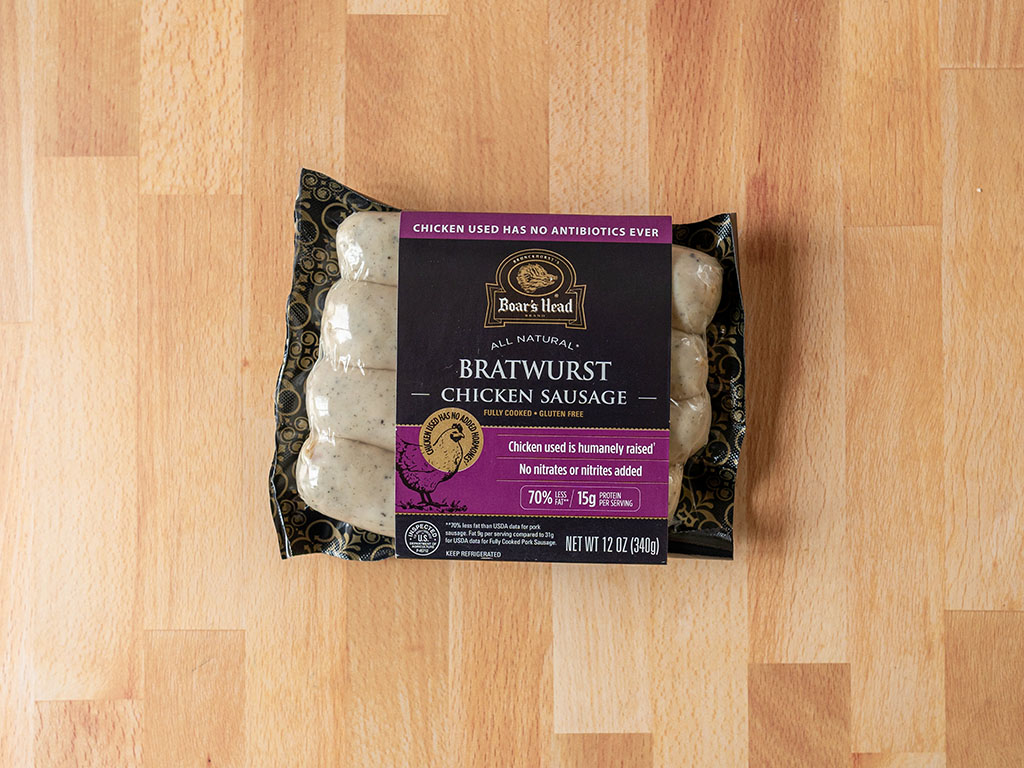 Boar’s Head are a name you might already know for their quality deli-meats, found at many grocery stores. What you might not know is that their product range goes beyond sliced meats.

Cooking: The package notes these are already pre-cooked so it’s just a matter of heating and serving. Choose whatever tool you want – I like the air fryer for a crisp skin, or the microwave if I’m in a rush.

Taste and texture: Excellent in a word. These have a fabulous meaty chew that’s very enjoyable. The sausage casing doesn’t become one of those stringy messes lodged between the teeth either. Flavorwise the chicken is front and center with some modest acidity running throughout. Thankfully Boar’s Head don’t go crazy beyond that, no fennel, no rosemary, no chunks of apple – just a real solid chicken flavor.

Other: I loved the versatility of these. Throw em on a hoagie roll, serve them as an entree protein, slice them up into pasta – whatever – they add a solid addition to most dishes, not bringing any over the top flavor themselves that dominate.

Verdict: A bug thumbs up from me. Boar’s Head have a great reputation for a reason. Here’s some pictures: