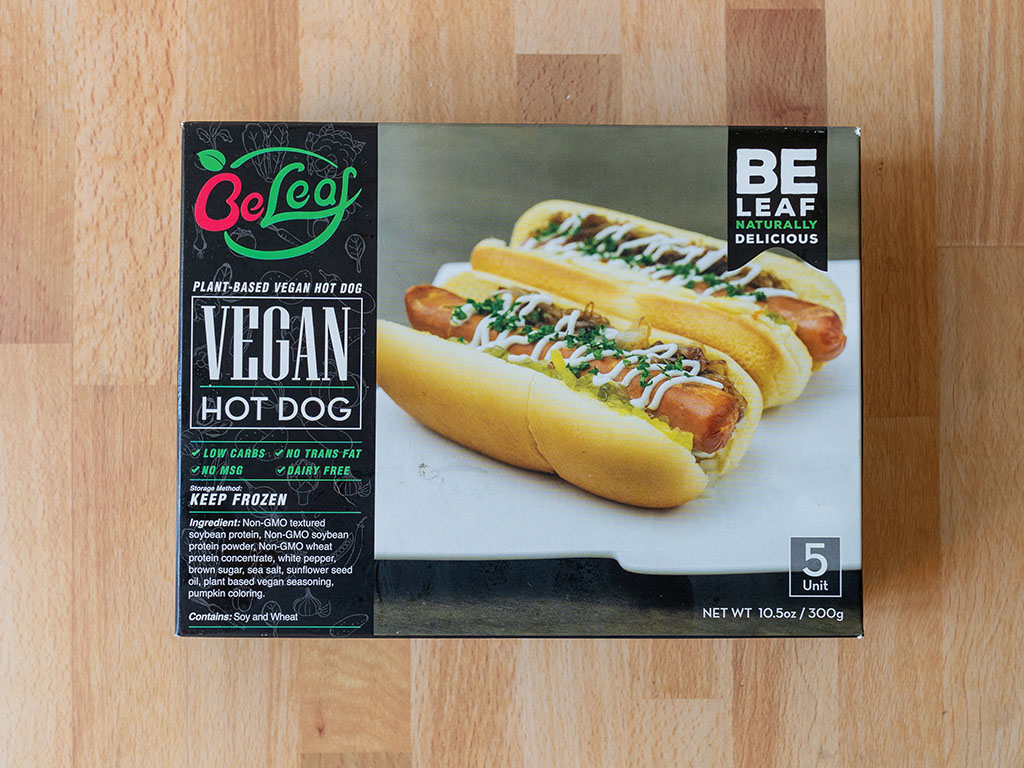 My local grocery store has been leaning hard into their plant-based game of late, and recently a range of new products have appeared; BeLeaf was one such name and I was eager to try their plant-based hot dog. It’s a space where there’s few good options. Inside the BeLeaf cardboard box you will find five dogs frozen in one lump.

Cooking: The packet is vague indicating only that these are already cooked and need simply heating through. It lists a variety of ways to do that, but with no real guidance on times or temps. I tried the air fryer (my usual stand by) and the result was frankly disastrous (see pictures below). I followed up with a pan fried attempt which was better. Another annoyance is the product comes frozen but needs to be cooked from defrosted – and as a kicker all five dogs come frozen in a lump together.

Taste and texture: In a word, abysmal. The taste is plasticy, bitter and unrelentingly artificial. There’s nothing redeeming about the texture either. When air fried, the skin becomes bloated and stretched, when pan fried it becomes hard. The interior is spongy and unappealing.

Overall: These are a hard pass for me. The garbage can beckoned after two dogs, and I didn’t each manage to eat those in full. From the taste and texture through to poor cooking instructions – everything is wrong here. It’s hard to understand who would buy these. Morning Star and Worthington offer vastly superior options in every aspect.

Avoid these dogs. From their unappealing taste and texture through to vague cooking instructions – this product is a hard pass for us.