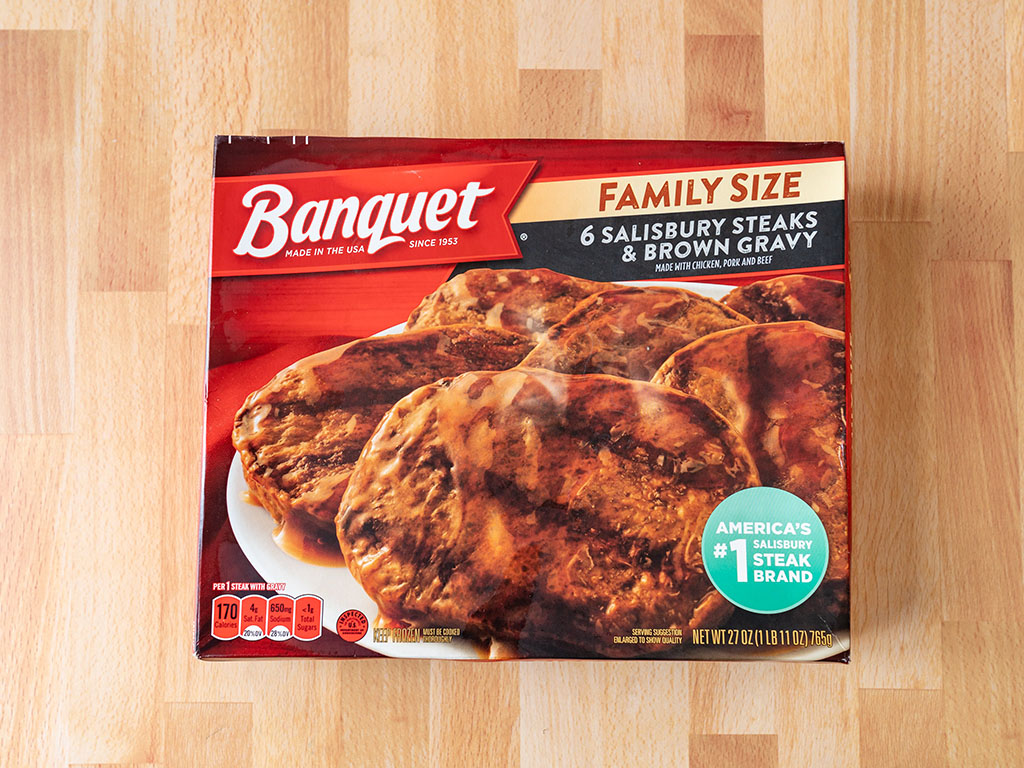 I’ll make no secret of the fact I’m a fan of junky food – processed and prodded well past any link to the vegetables or animals that comprise its make up. These Salisbury steaks from Banquet are a perfect example of that. The first two words on the ingredient list read, “mechanically separated”, before name checking a quartet of proteins – chicken, pork, beef and even TVP are used here.

Taste and texture: There’s a generic ‘meaty’ flavor that won’t be pinned down, given that melange of proteins at work; the gravy is a slickly gloopy affair and very very moreish. No doubt that’s the magic of MSG at work. The texture is ultra-soft, you could cut them in half with a spoon.

Cooking: You’ll need about fifteen minutes and a microwave to cook this six pack up.

Other: The individual steaks are pretty small and pack a lot of sodium and fat. I could probably eat three or four in one sitting, no problem. You might want to check out the nutrition below though before you do that. The serving portion is one steak…

Verdict: I kinda really like these, but I don’t think I’d admit to any living soul in person. There’s nothing redeeming about the appearance, ingredients or nutrition – but anyone who tells me they don’t love a big plate of mechanically separated salt and fat is lying.

Here they are in pictures: