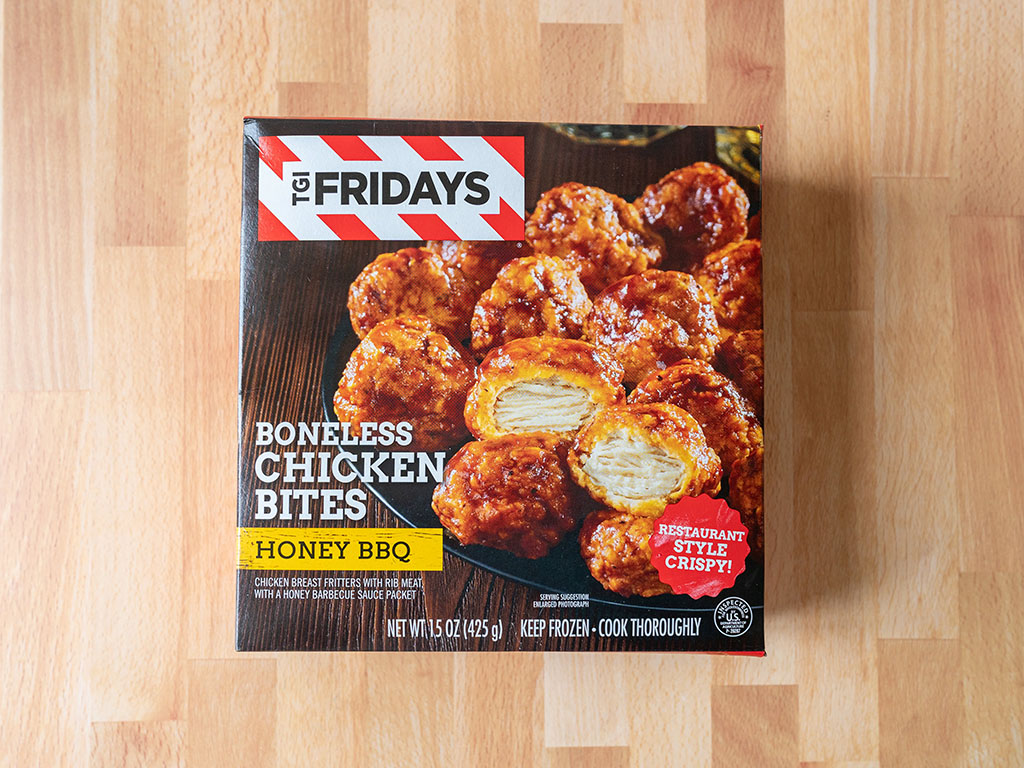 Bring the fun and flavor of your local T.G.I. Friday’s right to your own kitchen table – so presumably goes the thought process behind these. TGI are just one of several big names like the Cheesecake Factory and P.F. Chang’s that offer up their food for home cooking.

Cooking: I decided I’d air fry these for the very best results and that worked out fantastically. I wouldn’t microwave these unless you’re a fan of mushy lumps. Hey I guess someone might be. Whatever you choose, the sauce packet goes on after the chicken is cooked; you’ll need to defrost the sauce packet first in some warm water.

Taste and texture: When air fried, fabulously crisp on the outside, plenty juicy inside. The breading is the star of the show with lots of noisy cracking and crunch, the chicken is so so, a little too spongey for my liking.

Go ahead and skip the crazy sweet sauce entirely, either that or have your dentist on speed dial. That’s usually the case with any product like this mind you. Instead bring your own favorite sauce into play, you’ll enjoy them much more.

Verdict: If someone offered me up a plate, I wouldn’t push it away. I probably wouldn’t pay the premium for the name on the box myself though, better chicken nugget/popcorn nugget style products are out there in the freezers.