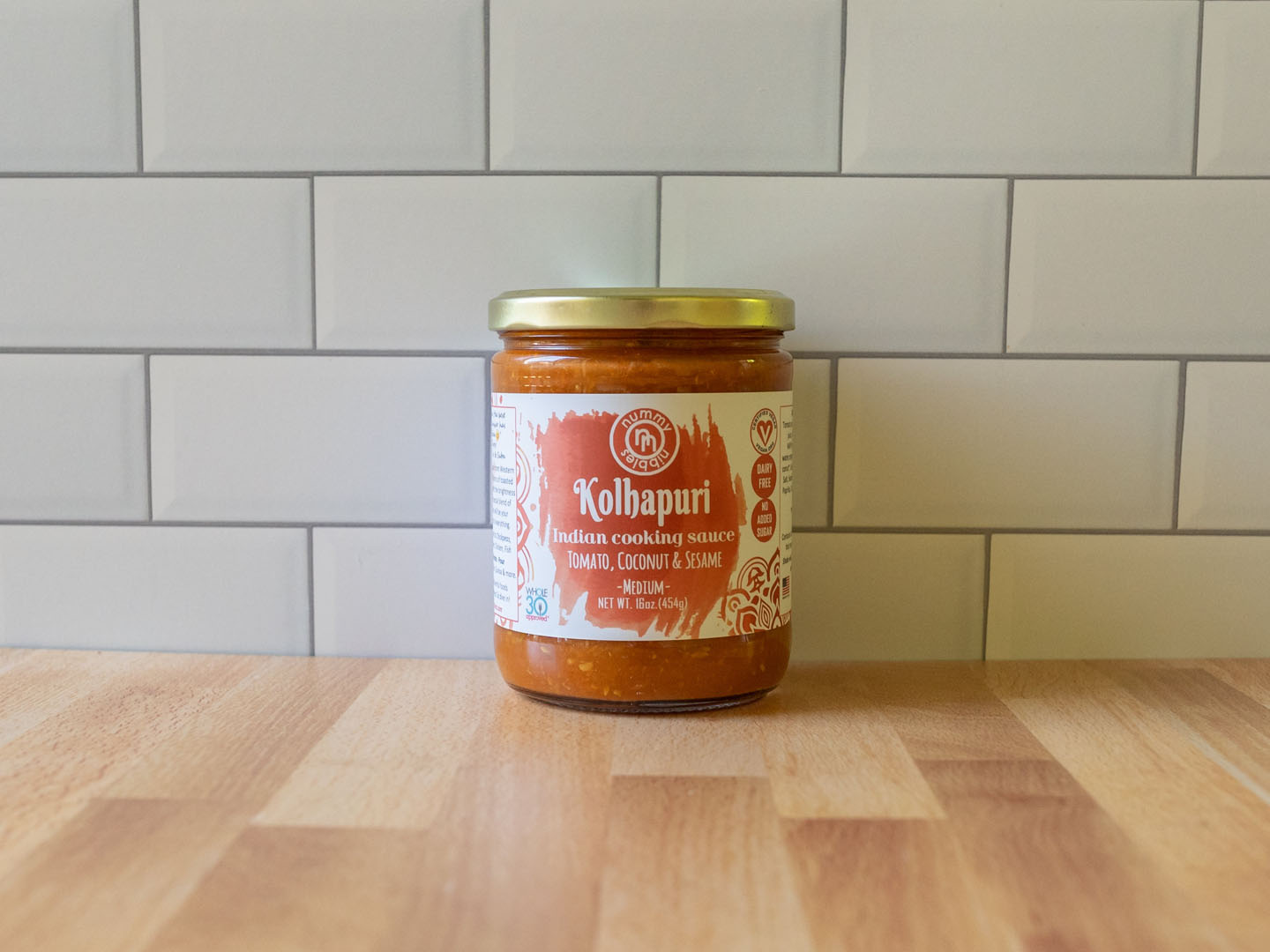 Quick review: Amongst all those jars of tikka masala and korma – it’s surprising to see anything markedly different. That’s why this Kohlapuri sauce leapt off the shelf and into my shopping cart. Indian food is a time consuming cuisine – so I’m constantly on the look out for new Indian foods that can short cut my own from scratch cooking.

Sadly this sauce isn’t it, at least not on it’s own. The sauce is like many other Indian cooking sauces, lacking in flavor and punch. It’s on the thinner side and in the dish below overpowered by relatively gentle ingredients. It might be usable as a base that you can build upon yourself with some bolder additions, but frankly, I’d rather just cook from scratch and enjoy the powerful flavors that brings. Here’s my own tikka masala recipe.

Here’s the Kohlapuri sauce used with chickpeas, a mix of jasmine/cauliflower rice and cashews.