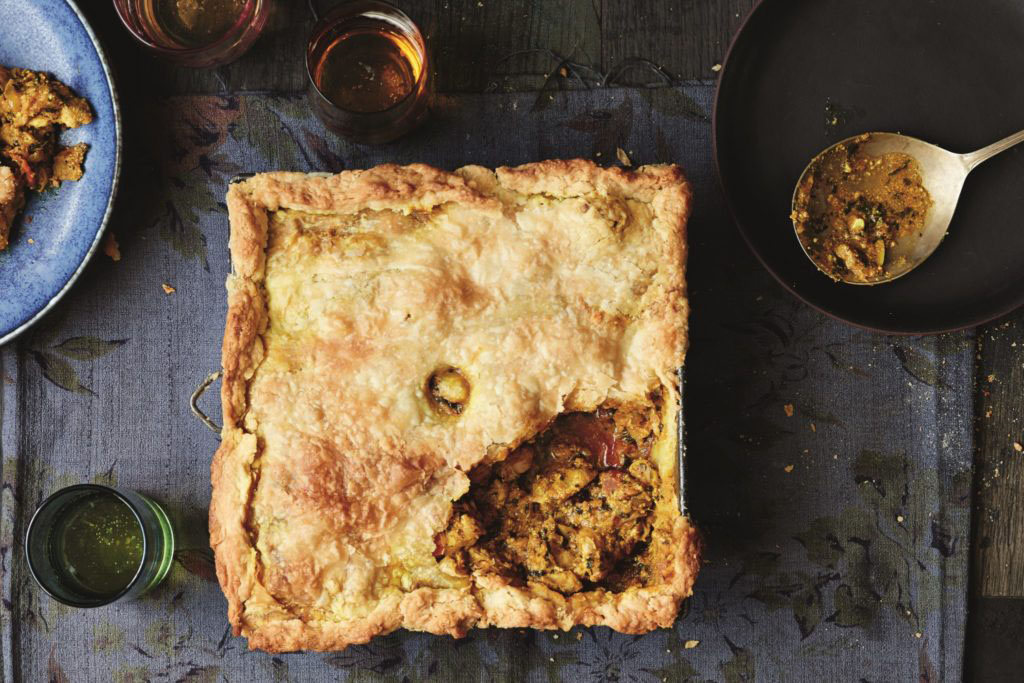 Cor blimey guvnor, pour us another brew and get a crumpet toasted before I head up the apples and pears. If you’re an Anglophile like we are, that just made perfect sense. Honestly. Whether you understood that or not, one things for sure, The Really Quite Good British Cookbook (affiliate link) – is well, really quite good.

The cook book is a collection of recipes from some of Britain’s most well known food heroes. Each was asked, “What do you cook for the people you love?”, and this compilation of recipes is their collective response, each with a suitably delicious looking photograph for reference.

Recipes stretch the gamut taking in everything from brakfast to dessert and everything in between. Most are rated easy to moderate in terms of difficulty and are also broken down by prep and cook time. Dishes like Nigella Lawson’s Chocolate Guinness Cake

Many of the dishes are quite approachable and accessible but as you might expect, some push the envelope on what the typical home chef might attempt.

The breadth and depth of recipes might also change your perception of what British food actually is. Far from just fish and chips and boiled beef, the melting pot that is the British isles means flavors from far and wide: Morrocan Spiced Lamb sits happily alongside traditional Toad In the Hole. Morevoer there’s bucket loads of creativity too; dishes such as British Chicken ‘Musakhan’ and Chicken Tikka Masala Pie fuse tradition with creativity.

As with any cookbook there are recipes that will likely only exist on paper for most readers. Tempura Duck Hearts are not for the feint of heart, nor is removing a woodcocks intestines, heart, livers and gizzard with a teaspoon as Marco Pierre White instructs in a Hannibal Lecture-esque moment.

The The Really Quite Good British Cookbook is priced around twenty bucks, a measly 23 cents per recipe. The hardback is hefty enough to withstand a long kitchen life and there’s something here for every one, whether a vegetarian, sweet tooth or meat maniac.

The book would make a perfect gift for anglophiles, cooks or recipe hoarders alike. Check out the publisher’s trailer video too:

Disclosure: This product was provided to us free of charge for review. Our opinion of the product is our own, and not subject to any paid arrangement.