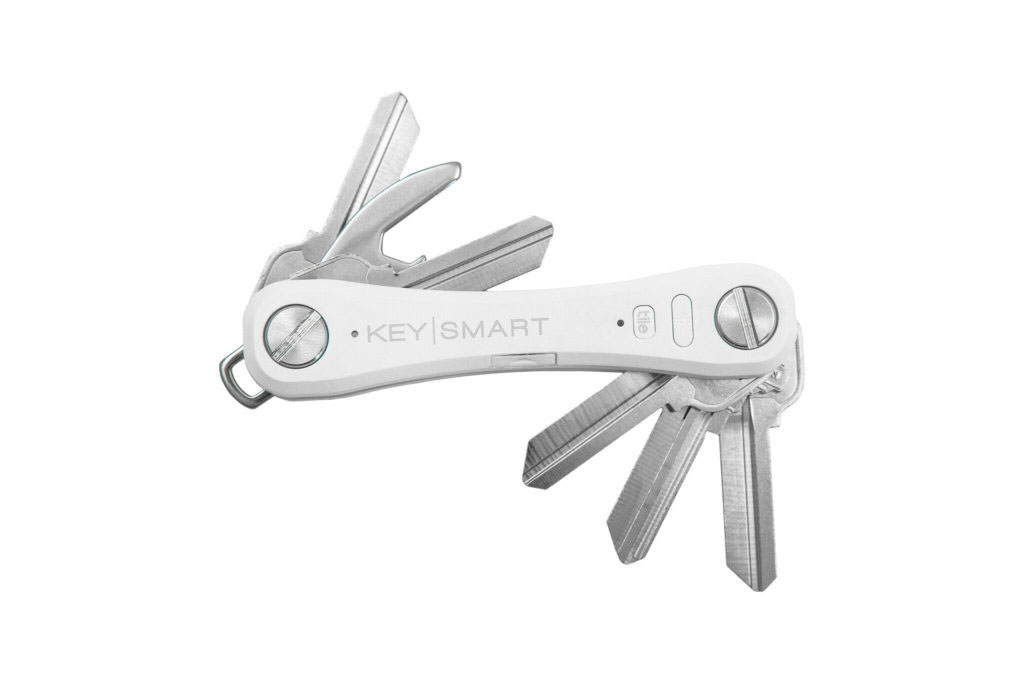 Surely 10,681 supporters can’t be wrong. When KeySmart launched it’s Kickstarter campaign for their latest product, their goal was to reach just $5,000 to begin production. The result? $843,679 raised and 16874% funded! That tells you all you need to know about this great little product that really makes a difference.

KeySmart Pro (affiliate link) riffs on the brands existing product of making key management easy. For those new to KeySmart assembly is easy peasy. You simply unscrew two bolts to open up the assembly, I often use just a coin. From there you affix your keys, fobs, even small USB keys, and bolt the whole thing back together. The process takes just minutes and can revolutionize what you might be accustomed to.

Unassembled the whole shebang weighs just 0.8 ounces, and with your keys added, you’ll be amazed at how little the whole thing weighs. Not only that, but that huge jumble of keys and protrusions now becomes a sleek and chic item you can discreetly pop in your jean pocket or bag. It can really be quite shocking when you first weigh up the assembled KeySmart Pro in your hands.

Where the Pro version expands on the original though, is integration of the popular Tile system. Once you connect your tiled KeySmart Pro to your phone, you can use a simple app to either locate it in the home (activating an alert in the device) or even used the crowd sourced mesh network to locate it when lost out in the world. Thankfully I’ve never had to use Tile to locate lost keys in the world, but I’m forever losing them down the back of the sofa, and the app makes a frustrating hour longs each of the house – a ten second – “oh yeah, there” moment.

Moreover the Pro also adds in a simple LED light that you can activate at the push of a button. Trying to open the front door and the porch light is burnt out? With the Pro there’s no more fumbling for the lock, just light the whole thing up. The whole device is USB rechargeable and KeySmart claim the charge lasts around three months. I found that largely true, though I have to admit playing with my new easily accessible LED all the time, so didn’t quite hit the three month mark. With the light so accessible in my pocket at all times, I find myself using it an manner of scenarios.

The KeySmart ships with everything you need to get going, and even includes a nifty bottle opener to get your key collection started. I’ve yet to take mine through airport security but online discussion boards seem to indicate TSA are more than fine with the KeySmart, so no worries there. The assembly will hold 10 standard keys and comes with a two year warranty.

The KeySmart Pro would make a perfect gift for the gadget obsessed in your life, or anyone who cares about organization and reducing clutter. I know I certainly do!

Disclosure: This product was provided to us free of charge for review. Our opinion of the product is our own, and not subject to any paid arrangement.