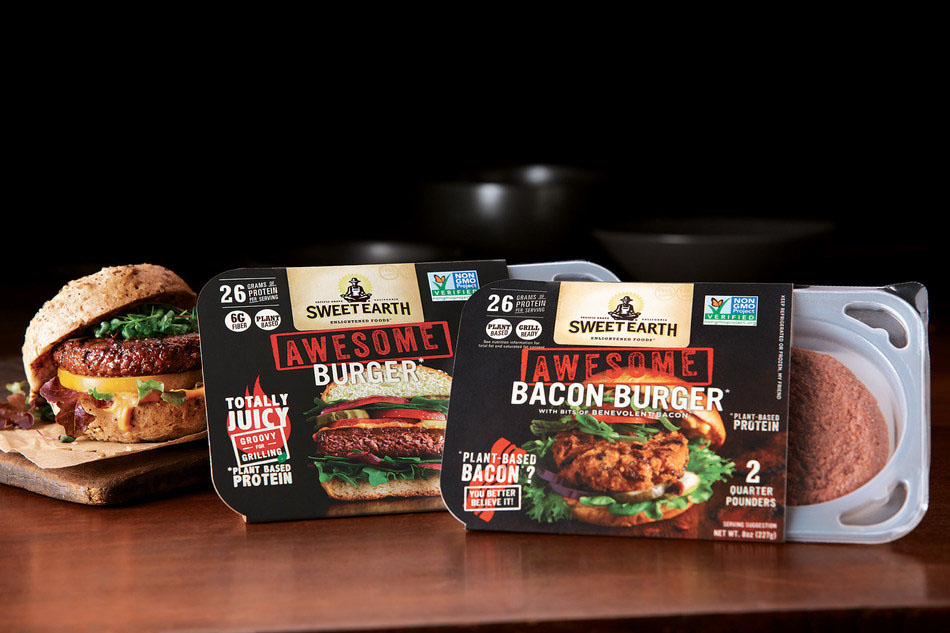 News in this week about Sweet Earth Foods brand new burger has us pretty giddy. Via press release the company has announced a brand new entrant in the space, the Awesome Bacon Burger.

The Sweet Earth Awesome Bacon Burger promises, “a deliciously smoky plant-based burger infused with vegan bacon bits. Made of textured pea protein, this plant-based burger contains 26g of protein per serving (27% DV) and is non-GMO project certified. The burger will be hitting shelves of HEB starting this week with nationwide distribution increasing over the coming weeks.”

The burgers aren’t the only new addition for the grilling season though. Coming along at the same time, Sweet Earth are also rolling out too brand new meat free sausages (info again from press release):

It’s been a busy year for the vegan food company, who just last month launched a range of burrito and burrito bowls too! As ever let us know if you’ve tried any of these new products in the comments its below.