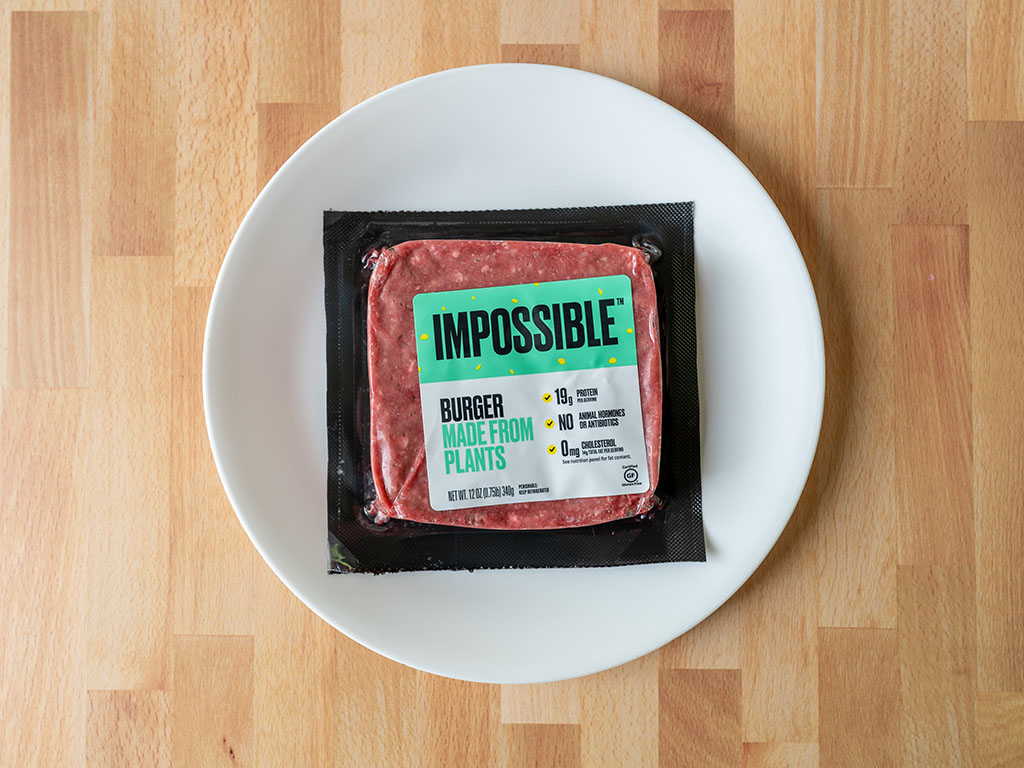 Huge news out today – Impossible Foods’ plant based burger is to arrive on shelves of the nations largest retailer – Walmart. We’re particularly excited for this one as the Impossible Burger beats out every other meta substitute in our opinion. Impossible ranks number one on our best meat free burger list. Honestly the others are lagging some way behind.

Via press release the business confirmed today that the award-winningproduct start hitting Walmart store shelves immediately and will soon be stocked in nearly 2,100 Walmart Supercenter and Walmart Neighborhood Market locations. Customers can find the 12oz Impossible Burger in the fresh meat section of the store.

At the start of 2020 the product was fleetingly rare in grocery stores. The last six months has seen Impossible on thunderous explosion with it adding retailers like Kroger to its roster, as well as direct home delivery too. The companies press release today indicates that the growth is 50X since March alone! In hard numbers Impossible is now available in 8,000 retail locations nationwide.