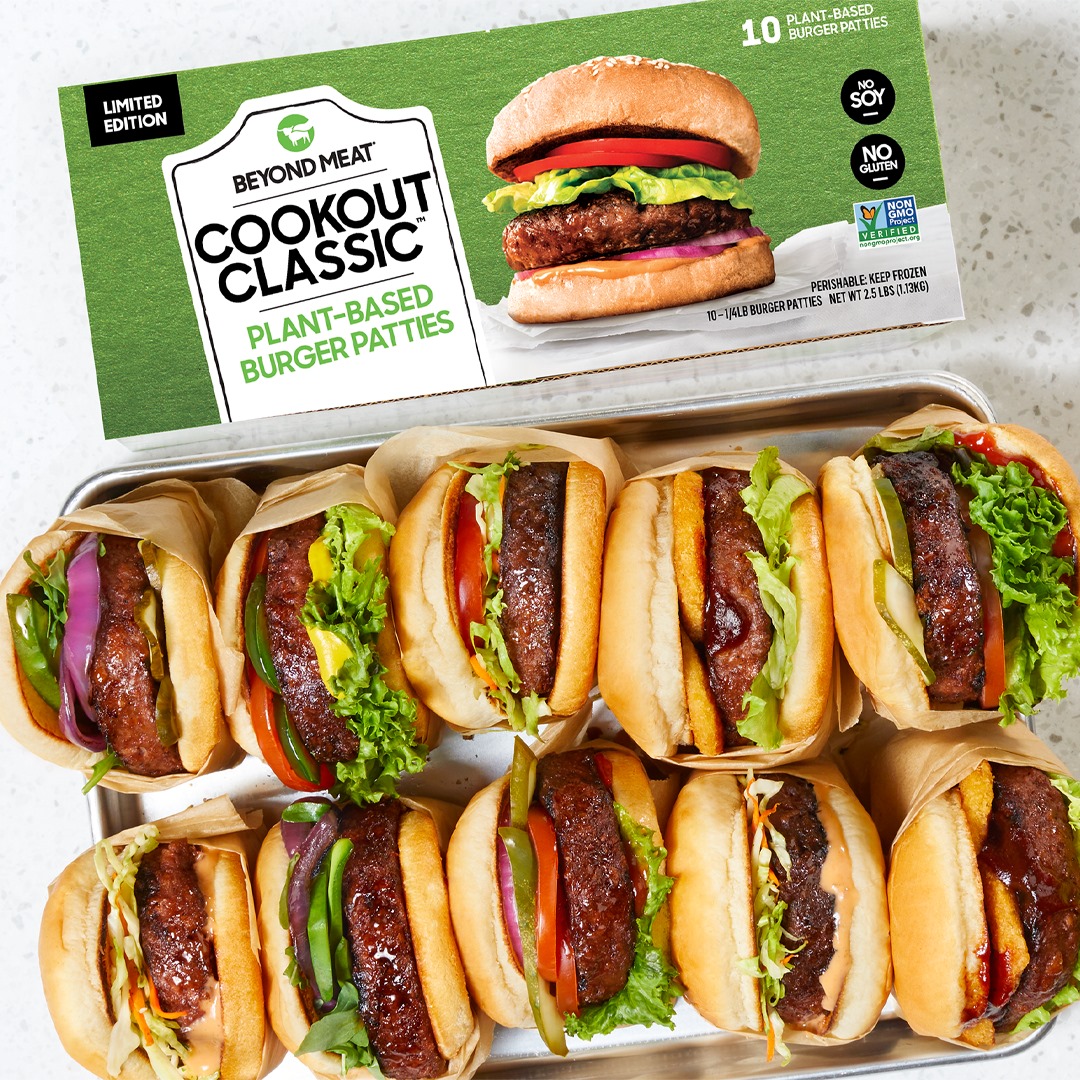 Starting June 22nd, Beyond Burger have announced they will begin selling a new limited edition burger pack – the Cookout Classic – across the nation. With a clear eye on the Summer BBQ season, the brand will begin retailing a 10 pack version of their popular plant based burger. You can read our review of the Beyond Burger here.

The suggested retail price for the 10 pack is $15.99 which makes the per burger price of $1.59 the cheapest we’ve seen to date. To put that into contrast the current two burger pack is routinely priced at $5.99 – a cost of $2.99 per burger.

“With summer grilling season underway, we are pleased to launch Cookout Classic value packs nationwide at our most affordable price point to date, enabling more consumers to Eat What You Love™ while enjoying the nutritional and environmental benefits of plant-based meat. This forward-looking pricing represents an important milestone along our journey to make Beyond Meat more accessible to all consumers.”

The plant based burger wars are really starting to heat up now. Impossible Foods recently announced their product on both Kroger shelves as well as a direct to your door service.

The new Beyond Meat Cookout Classic should be available at these stores: